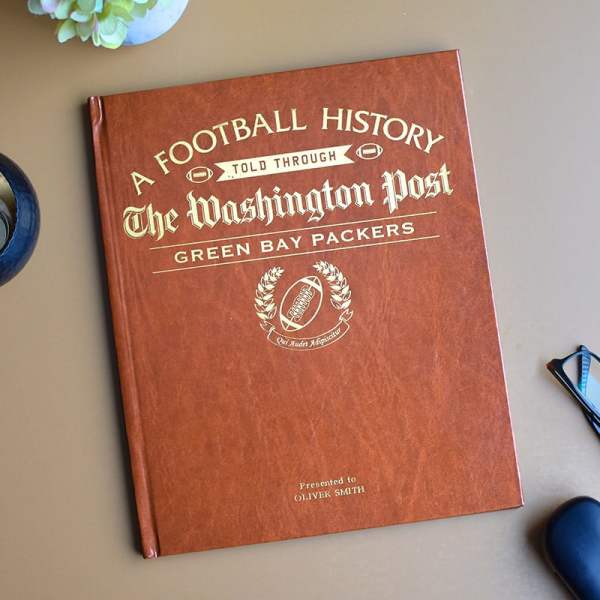 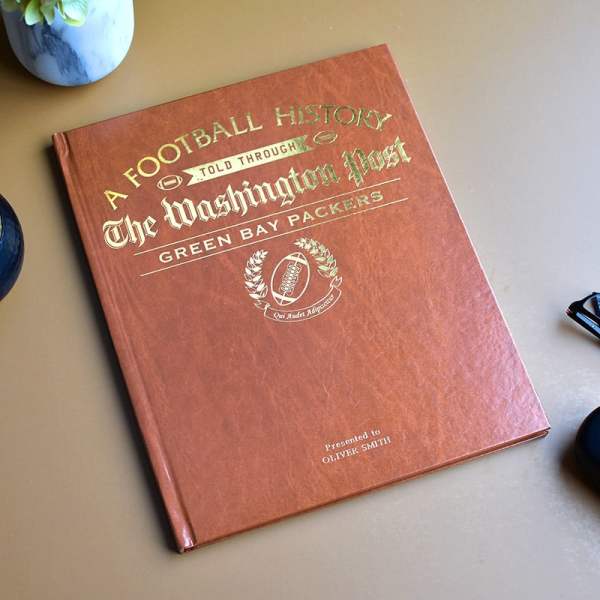 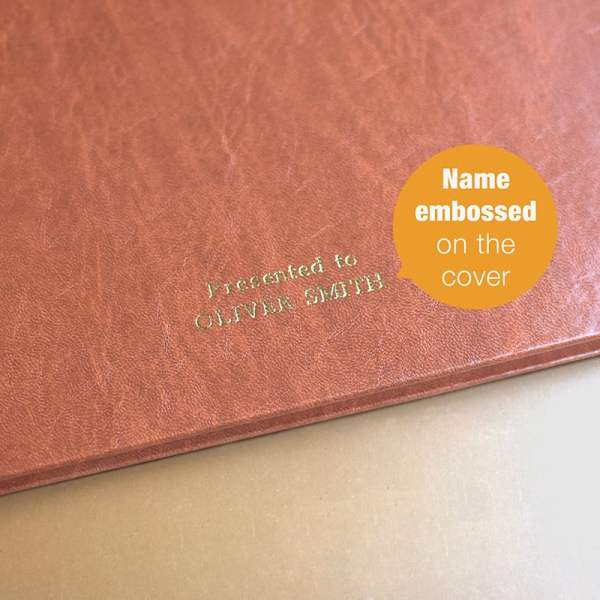 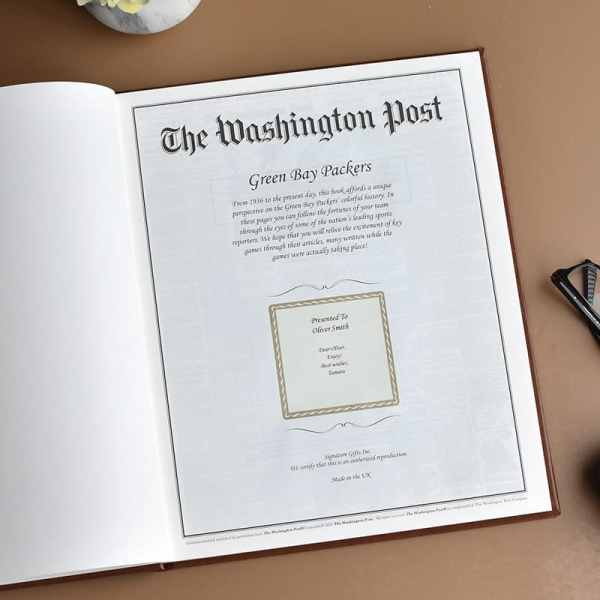 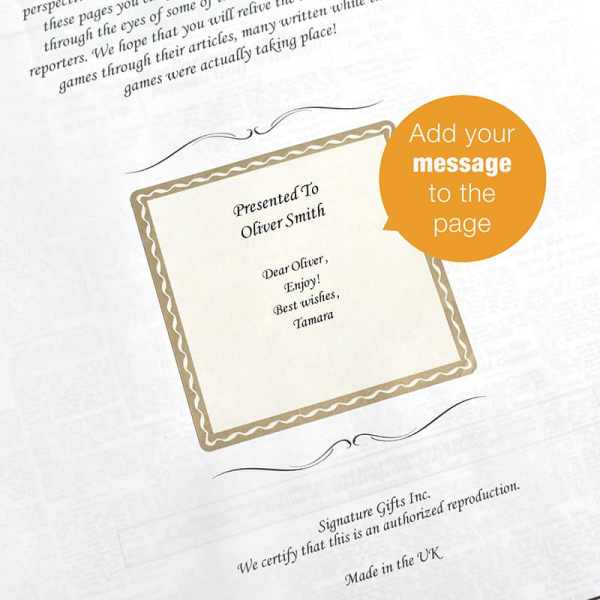 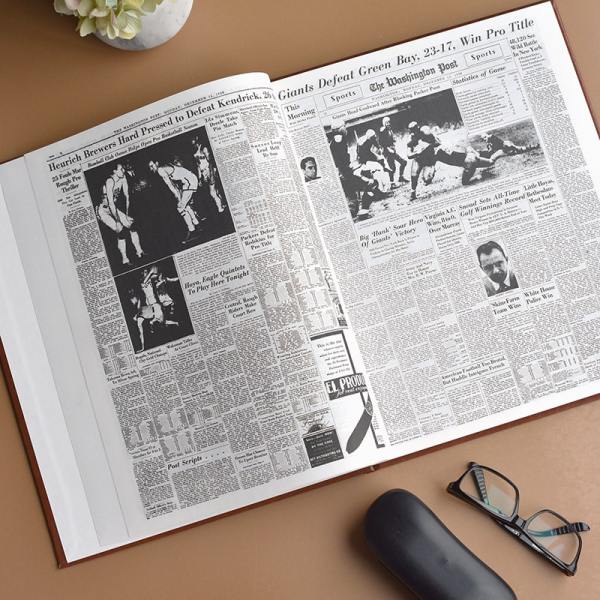 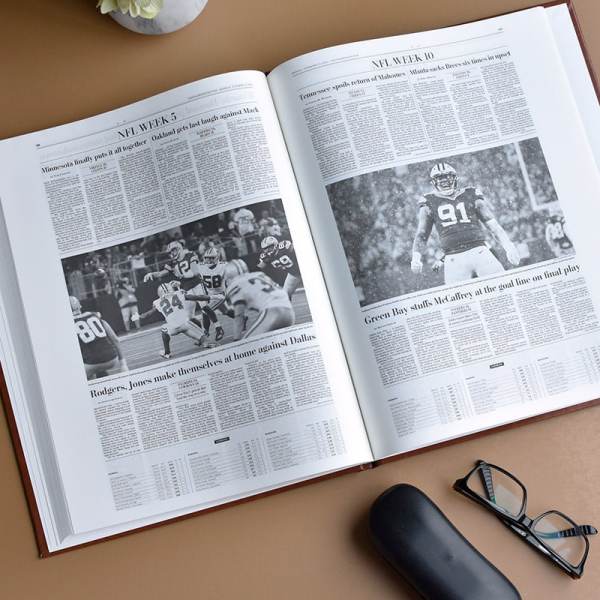 2021/22 season was another successful season for The Green Bay Packers, securing their third consecutive NFC North title; Packers 31, Ravens 30. This season, along with countless others, is recounted in this personalized Packers book, the ultimate football memorabilia for a Packers fan and something they’ll always be bound to treasure! This Packer’s history book brings together all the greatest moments of the team from 1936 onwards by compiling genuine Washington Post articles! Capturing their biggest games and star players, this Packer’s book is filled with memorable moments as reported at the time by journalists. Your loved one can look back fondly on their favorite football moments leading up to the present day, making a lovely sentimental present for any occasion.

Newspaper coverage of “The Pack” begins the year of their fourth NFL Championship, taking you right back to the 1930s. Earl “Curly” Lambeau was responsible for founding the team, as well as playing and managing them with enormous success. Lambeau led the team to six NFL titles, including three consecutive titles between 1929 and 1931. The only other man to lead a team to three consecutive league championships was Vince Lombardi, who also did this for the Packers! Under his guidance, the team won the NFL Championship in 1965, then the Super Bowl in 1966 and 1967. Another individual standing out is Brett Favre, the quarterback who broke numerous passing records and was named MVP three times. Favre took the Packers to their first Super Bowl in 29 years in 1996, where they defeated the Patriots 35-21.

To see which of the Packer’s biggest moments are featured in this newspaper book, take a look at the contents.

The person you’re buying for will feel truly special as you can include their Name on the opening page of the book along with a personalized Message. This lets your Green Bay Packers fan enjoy a wonderful piece of memorabilia created especially for them! What’s more, their name will be embossed on the leatherette cover free of charge.

My dad is going to love this! The history is so cool to see from the start!

My dad is going to love this! The history is so cool to see from the start!