If you know someone who is an avid reader of the publication serving the Bay Area, then searching our San Francisco Chronicle historical archives will help you find an original newspaper to make a fascinating gift. Whether it’s a special birthday or an anniversary, you can select a date that’s memorable to you or a loved one and discover what events made headline news at the time. Our San Francisco Chronicle back issues make sentimental gifts for any occasion that won’t ever be forgotten, and we have thousands of back issues to choose from! 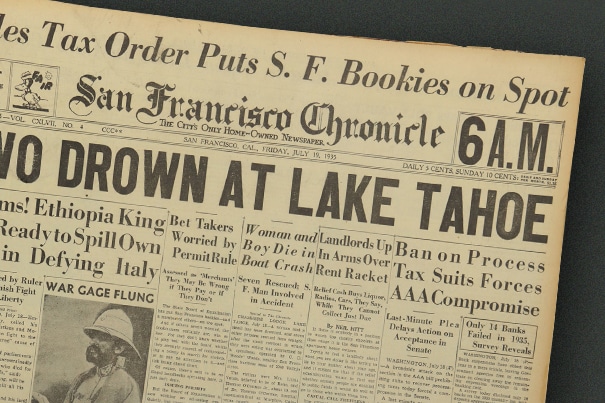