Our New York Times archive search helps you find an original newspaper from a date of your choice, letting you discover what one of America’s top 3 newspapers reported on at the time and order a rare physical copy. Filled with fascinating stories and forgotten events, New York Times back issues make thoughtful gifts for any occasion, and we have thousands of copies available.

Particularly for avid readers of the newspaper, our New York Times newspaper archives helps you give a gift that connects your loved one to the past. 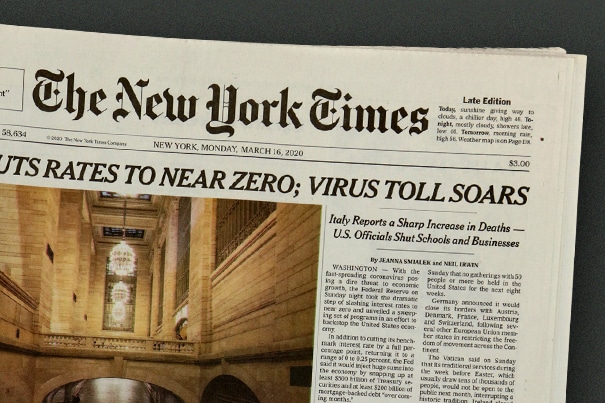 While based in New York City, the New York Times has a worldwide influence and readership, ranking 18th in the world by circulation, and 3rd in the United States. It was founded in 1851 and has won 127 Pulitzer Prizes, more than any other newspaper. It has long been regarded within the industry as a national “newspaper of record” and since the mid-1970s has expanded its layout to include weekly sections on various topics.

For other New York papers from any date since 1900 please view: