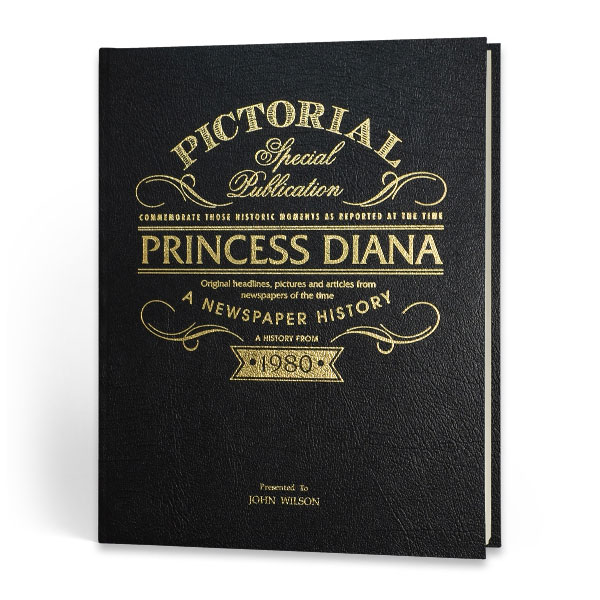 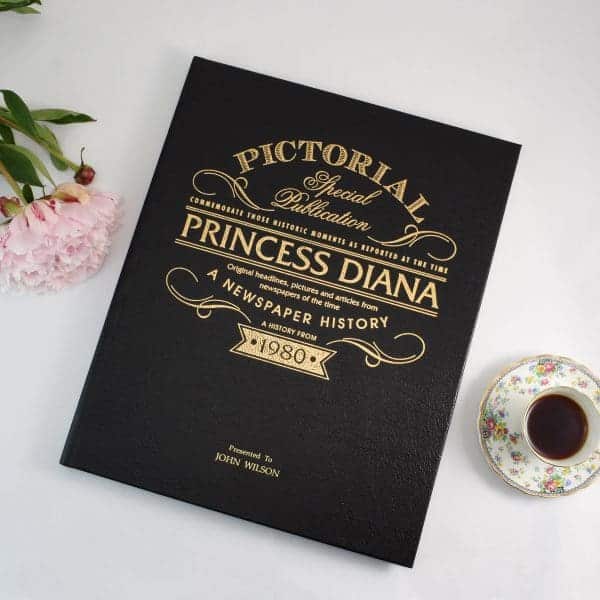 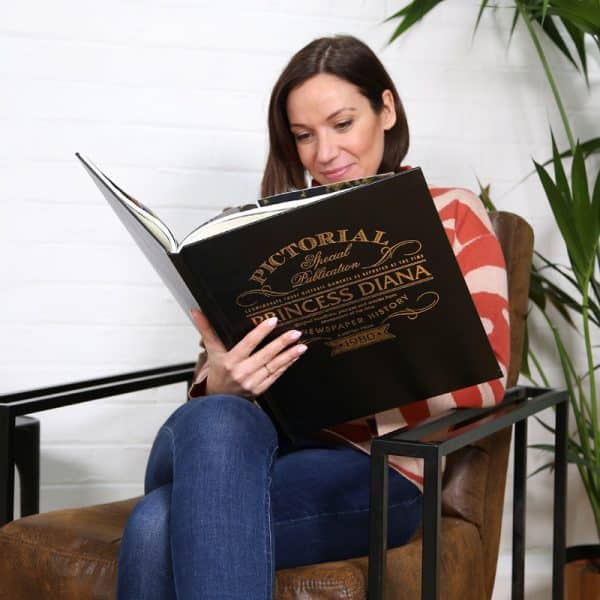 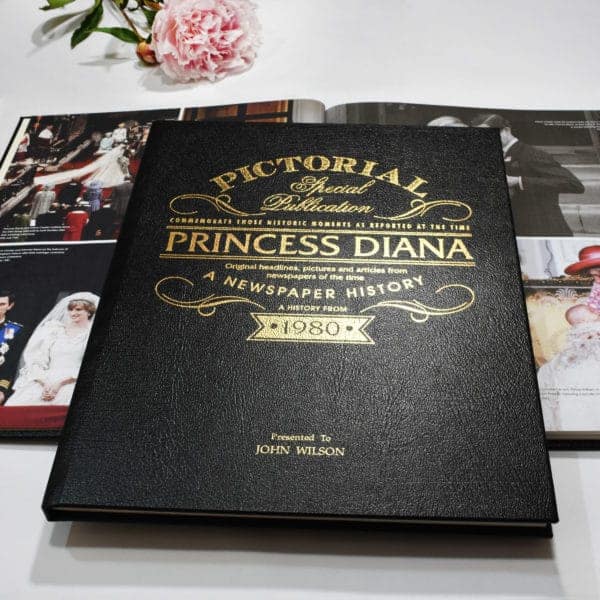 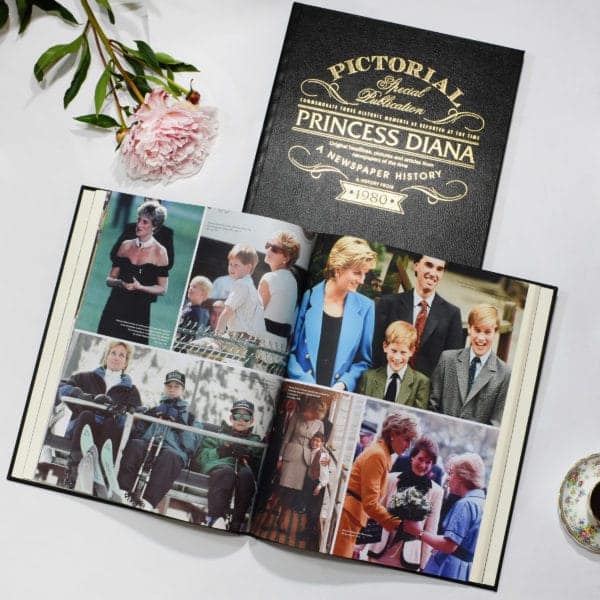 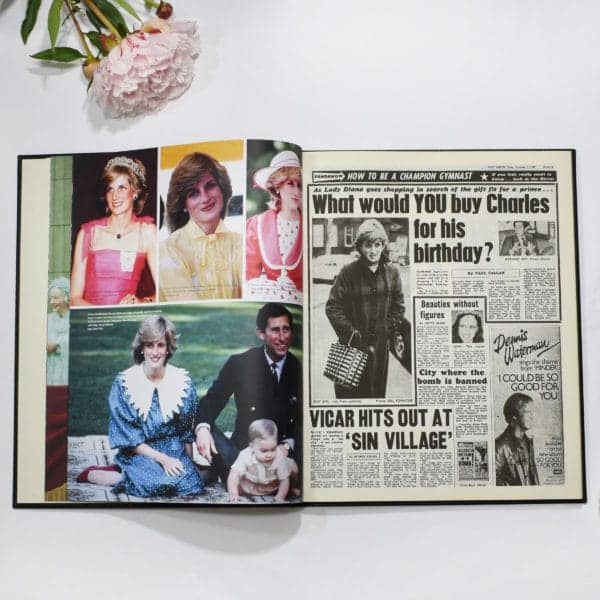 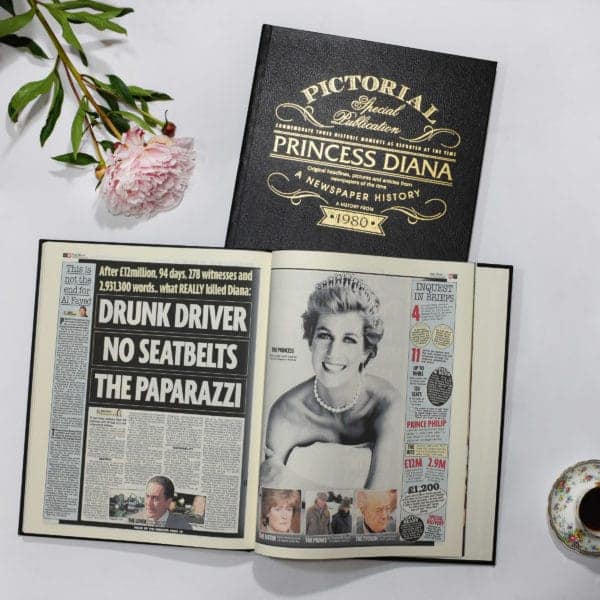 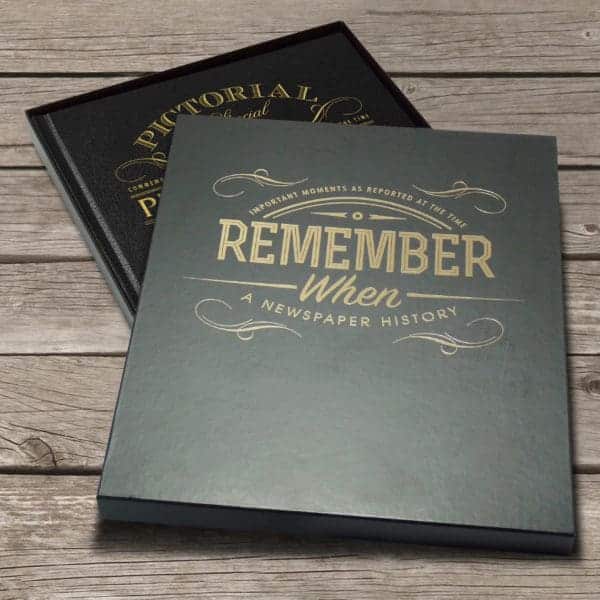 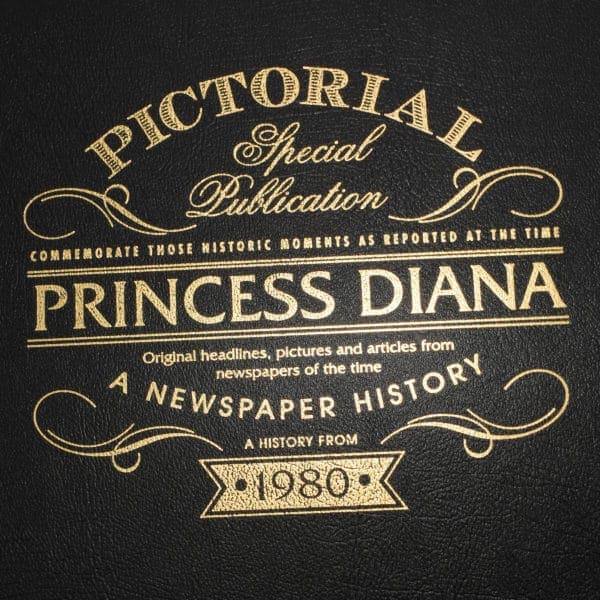 Remember the extraordinary life of the “people’s princess” with the Princess Diana 20th Anniversary Book. A devoted mother and down-to-earth royal, look back on the life of Lady Di and her monumental legacy with this exclusive piece of Princess Diana memorabilia.

With the Princess Diana Biography Book, recipients can look back on the marriage many consider to be the wedding of the century. Including coverage on Prince Charles of Wales’ union with Diana Spencer, read about their blossoming courtship from 1980 onwards, including the Royal Wedding Souvenir issue from 30th July 1981, as it was originally reported at the time.

Coverage on Lady Di’s royal duties can be found from 1983 in the book, where she and Prince Charles toured Australia and New Zealand as newlyweds and visited the White House in 1985. Experience the momentous joy of Prince William’s birth in 1982, along with Prince Harry’s arrival in 1984 as well as moments of intense sadness such as the death of Princess Diana’s father, Edward John Spencer, the 8th Earl of Spencer, in 1992.

Headlines thereafter cover major events before and during her life; her impact on the Monarchy from 1993 and worldwide, right up until her devastating death in 1997. Read about Princess Diana’s charity work continued by her children, and how her memory still lives on in our hearts. Featuring over 30 stunning pictorials from her life created from exclusive newspaper coverage, the Princess Diana 20th Anniversary Book is an exceptional gift to pay tribute to her memory.

This tabloid-sized book measures an impressive 12.5 x 15″. Individually bound in a hardcover leather cover with foil embossing. The book features Princess Diana newspaper articles and pictorial sections from throughout Princess Diana’s life. Articles from 2007 onwards will be printed in color.