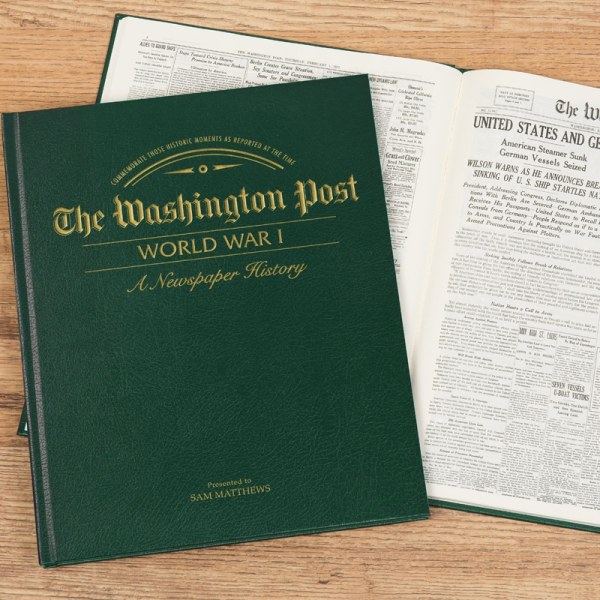 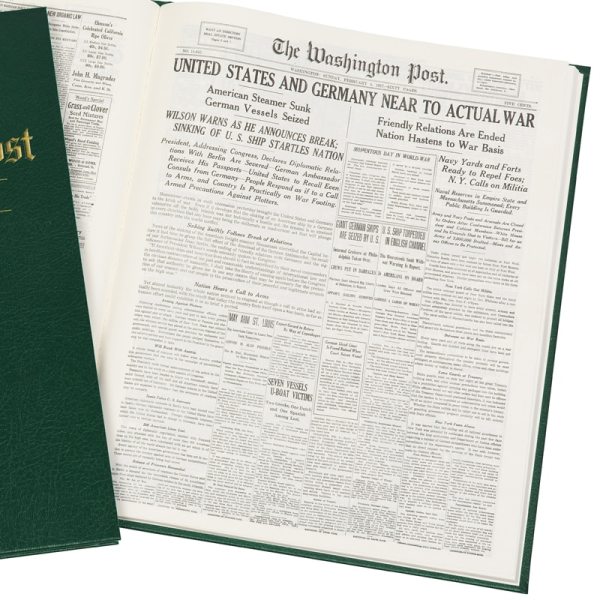 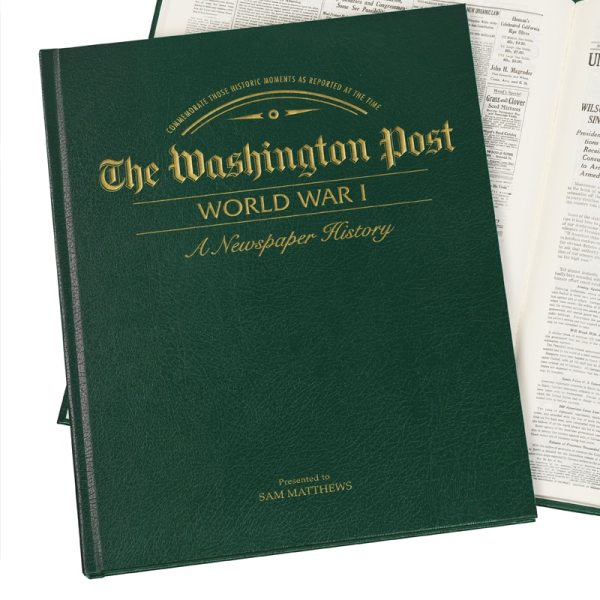 Treat a history buff to this World War 1 newspaper book, complete with news articles published at the time, detailing the First World War. It’s an extraordinary gift for those with an interest in the events leading to and during this cataclysmic event in history. It’ll give them a captivating insight into the major events during the war as it was fought in Europe and across the world.

The book opens on June 28th 1914 with World War One newspaper articles on the murder of Archduke Francis Ferdinand and his wife, the Duchess of Hohenberg heir to the Austrian throne, fatally shot in the station of Sarajevo after a bomb failed to explode in their railway carriage. Exactly one month later, Austria-Hungary declared war on Serbia throwing the whole of Europe into turmoil.

Each page is filled with pictures and First World War newspapers that record major events, such as the Battles of Somme and Ypres, the abdication of Tsar Nicholas II, the comings and goings of influential figures such as Lord Kitchener and Sir Douglas Haig, whilst documenting the action in Anzac, Czernowitz and Zeebrugge. This book includes action on land, sky and sea such as the sinking of cruisers Mainz, Blucher, Queen Mary and Black Prince, war amid the sand dunes of South-West Africa and Zeppelin airship attacks over London.

For the perfect finishing touch the recipient’s Name can even be gold embossed onto the front cover of your book.

The books content is taken from past issues of the Washington Post and are therefore in a tabloid sized format, measuring a remarkable 12.5 x 15″. The beautiful made to order book is then hand bound in a choice of high quality hardcovers.