Since the newspaper is no longer publishing, exploring our New York Herald Tribune archives is even more fascinating since you can find original newspapers that will no longer be replaced in the archive: once they’re gone, they are gone.

You can see how the publication reported on politics at the time, as well as World War II, by selecting a date interesting to you. An original newspaper makes a special birthday gift for a loved one born between 1924 and 1966, as they can see what events made headline news on their date of birth. 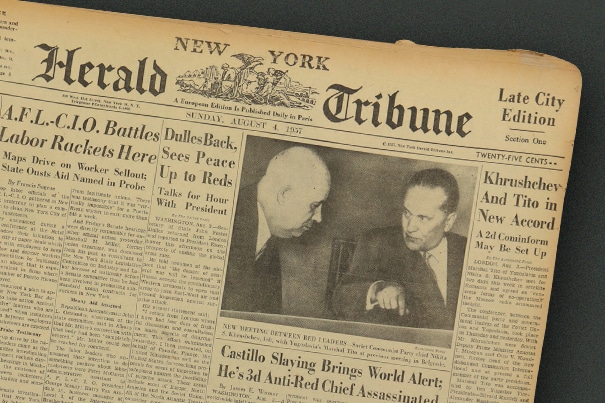 The New York Herald Tribune published between 1924 and 1966, making it a rather short-lived publication. At the time, it was widely regarded as a “writer’s newspaper” and was in competition with The New York Times in the daily morning market. Despite not meeting the same level of comprehension as The New York Times, its national, international and business coverage was considered among the best in the industry. The newspaper was discontinued in 1966 during a strike.

For other New York papers from any date since 1900 please view: