Read all about 1990 with an authentic newspaper published during this year. Historic Newspapers have the largest collection of original newspapers in the world, featuring originals from the nation’s most trusted news establishments such as Dallas Morning News and Washington Post.

Read about all the fascinating events that took place, or give someone you care about a thoughtful gift with sentiment. Ongoing events which characterise the 1990s include the Gulf War, advancements in cloning technology, and the Clinton political scandal. An original 1990 newspaper will provide a fascinating insight into what life was like at the beginning of this eventful decade. 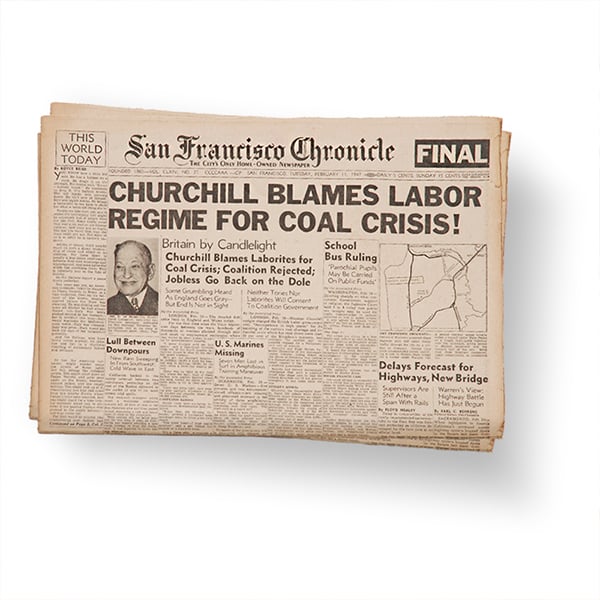 Our range of 1990 newspaper articles features devastating, surprising, and heartwarming stories from all over the world. Which 1990 headlines were so shocking that they made it into the headlines of the nation’s biggest newspapers? Find out with an original 1990 newspaper chronicling the events as the happened through first hand accounts by journalists and photographers who were there at the time. It was during this year that Margaret Thatcher left her position as Prime Minister of the United Kingdom, bringing an end to her 15 year long conservative party leadership. Other notable events include Iraq’s invasion of Kuwait, an event which would act as a catalyst for the Gulf War, the freeing of political prisoner Nelson Mandela, and The launch of the Hubble Telescope into space.

February 11, 1990
Nelson Mandela is released from Victor Verster Prison, near Cape Town, after 27 years in jail.

March 15, 1990
Mikhail Gorbachev is elected as the first executive president of the Soviet Union.

May 2, 1990
In London, a man brandishing a knife robs courier John Goddard of bearer bonds worth $292 million.

November 28, 1990
Margaret Thatcher resigns as Prime Minister; John Major succeeds her as Party Leader and is appointed Prime Minister by the Queen.