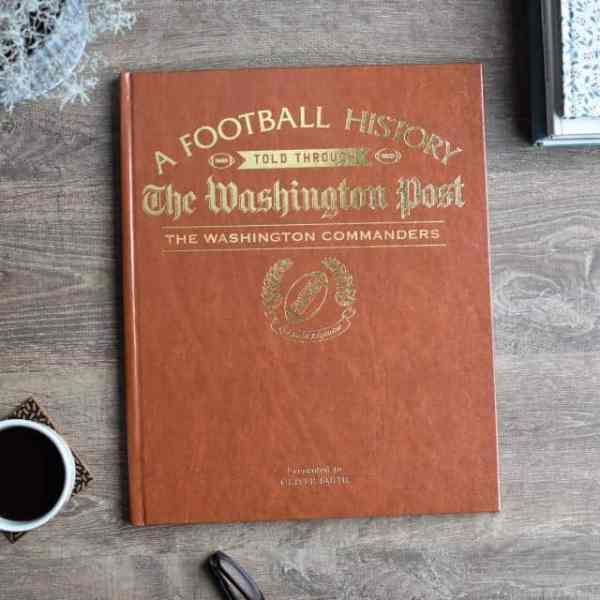 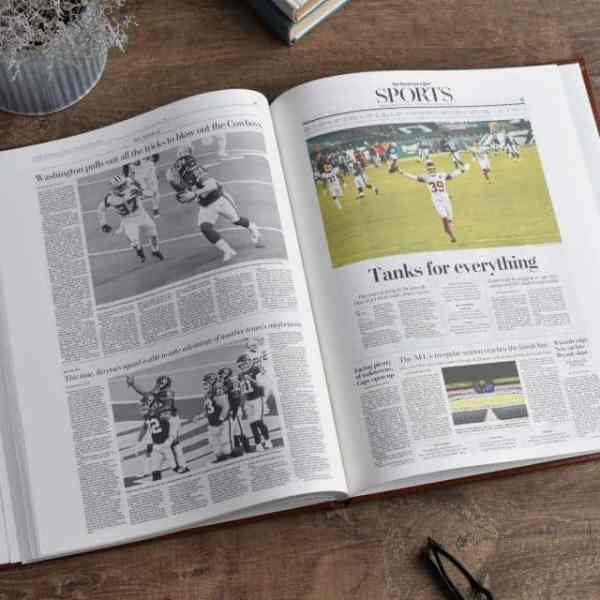 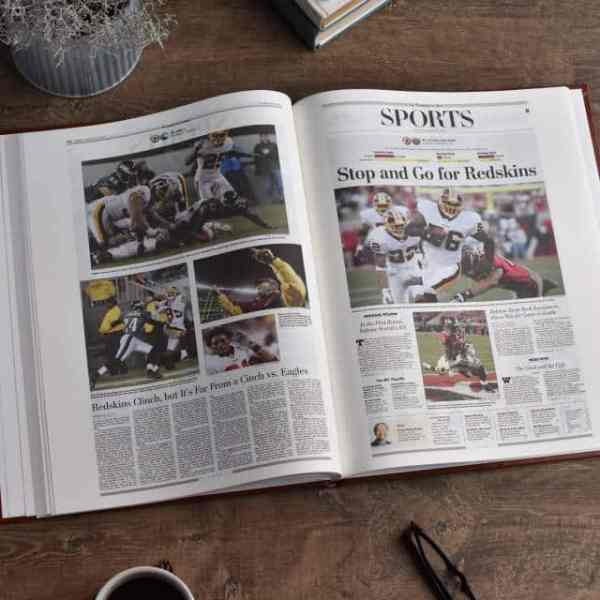 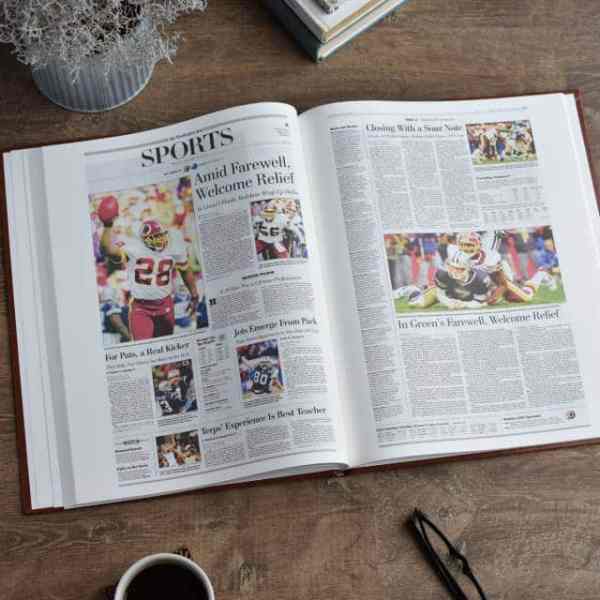 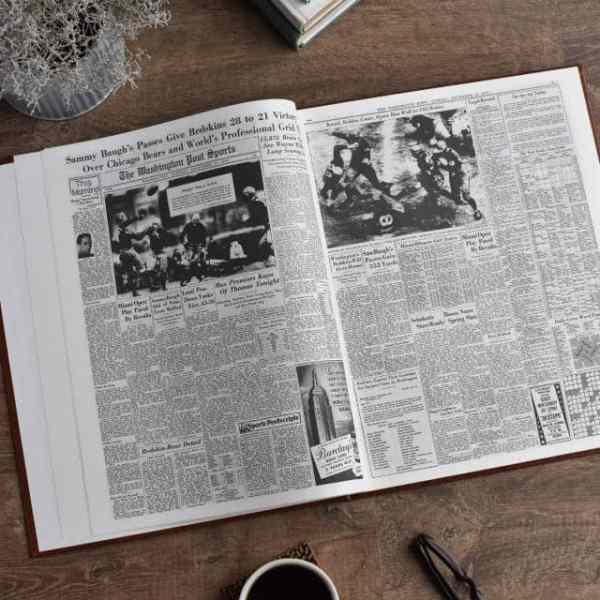 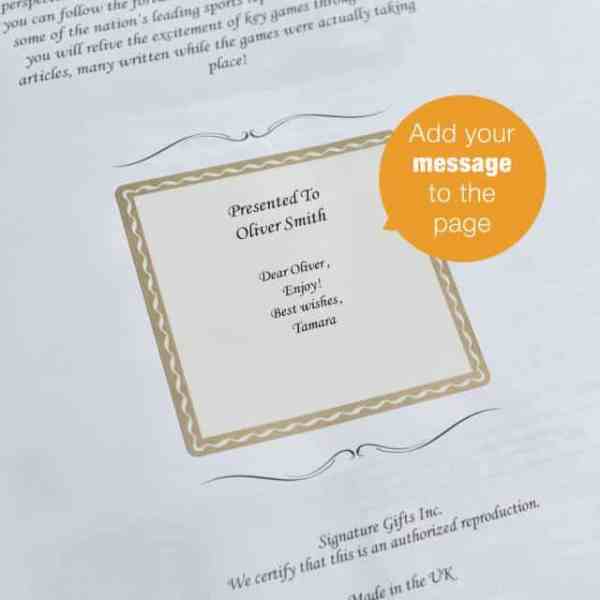 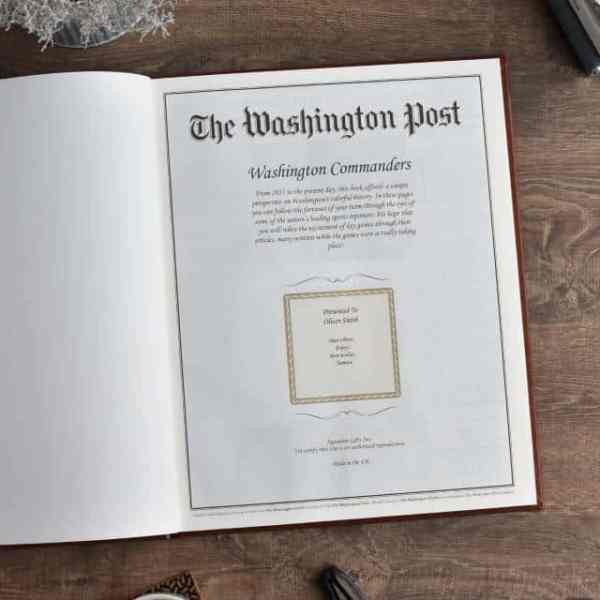 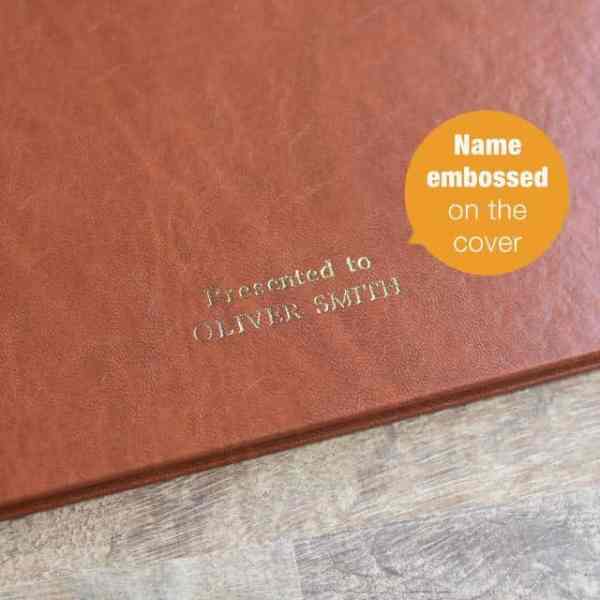 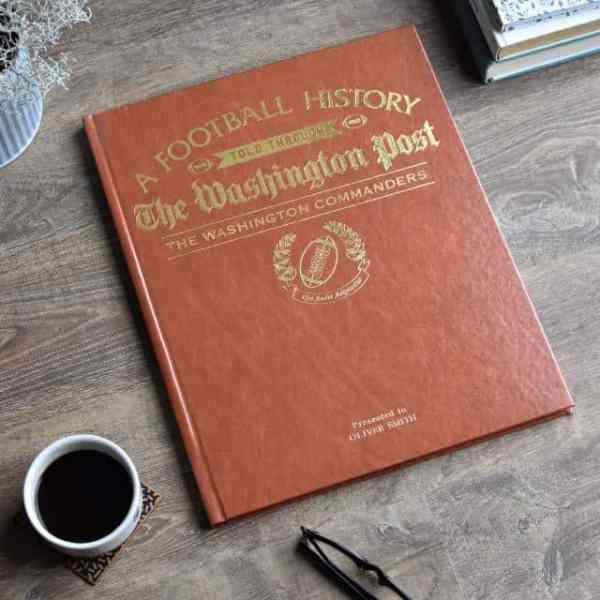 Going right back to 1937 when the franchise moved to Washington and won its first NFL Championship, this Washington Commanders history book lets you indulge in the team’s greatest moments throughout the decades! Filled with newspaper coverage as originally published by the Washington Post, you can look back on their popular games and star players. You’ll be taken right up to the present day, with the book featuring the 2020 season, an interesting one for Washington, which saw them make the playoffs despite a losing record, before losing to eventual Super Bowl champions Tampa Bay. This is certainly a fascinating piece of Washington Commanders memorabilia that’s a must-have for any big fan.

After their move to Washington from Boston, the team experienced immediate success, posting nine winning seasons in a row and reaching five NFL Championship games! They won two out of these five games, both times defeating the Chicago Bears. For the next 25 years that followed, only four winning seasons were registered for the team. Under head coach George Allen, the team saw some achievements in the 1970s, making it to their first Super Bowl. Unfortunately, they lost this game to Miami 14-7, but then faced the most successful period in their history between 1982 and 1991. During this time, Joe Gibbs led them to four Super Bowls, three of which they won.

To see which of the Commanders’ biggest moments are featured in this newspaper book, take a look at the contents.

The person you’re buying for will feel truly special as you can include their Name on the opening page of the book along with a personalized Message. This makes the book an extra-special piece of memorabilia created especially for your recipient. What’s more, their name will be embossed on the leatherette cover free of charge.

Please do not use accents or symbols/emojis as we cannot print these. Be sure to double-check your name and message.

Absolutely beautiful, worth every penny. My dad is going to love this for Christmas! Thank you!!!

Absolutely beautiful, worth every penny. My dad is going to love this for Christmas! Thank you!!!