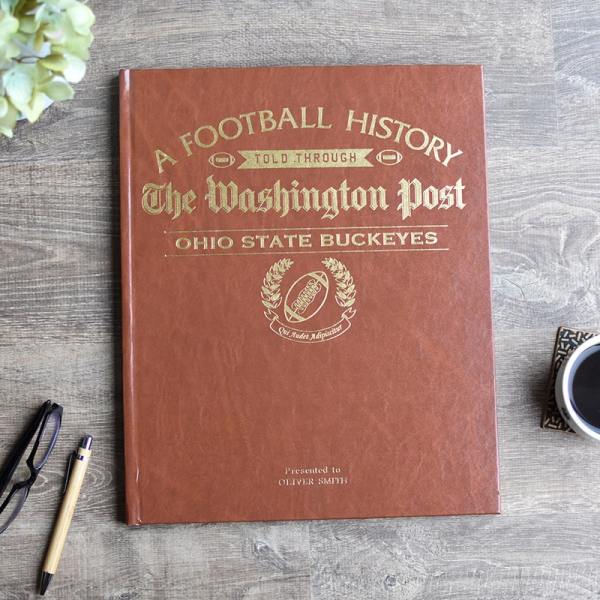 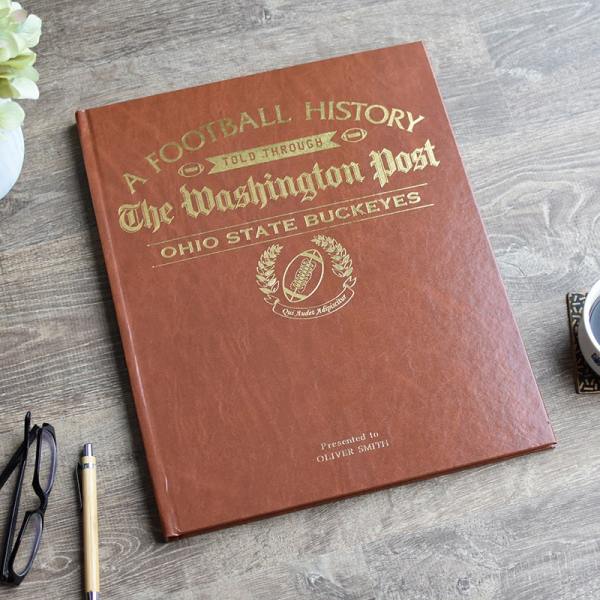 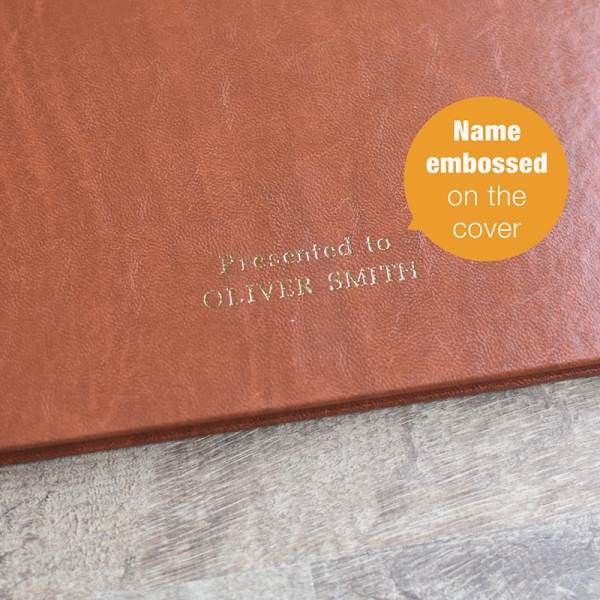 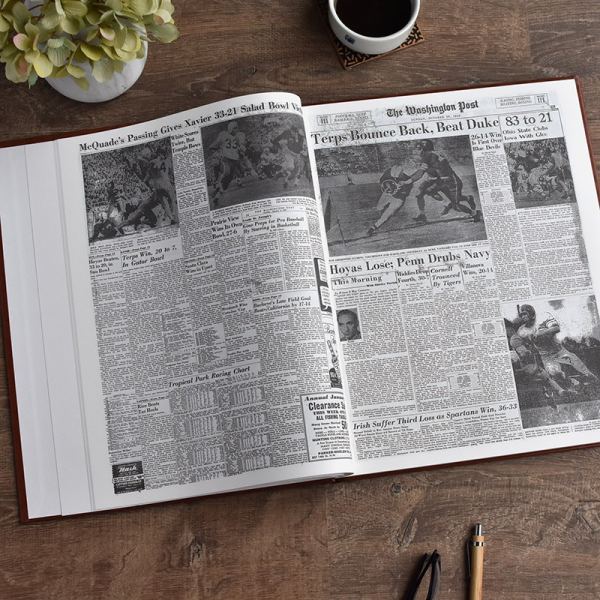 Relive the Ohio State record-breaking 2022/23 season, featuring the moment they secured a 48:45 victory over the Utah Utes. 2020-21 marked another impressive season for the Ohio State football program. With a 7-0 record, the Buckeyes were ranked third in the nation, and, after defeating Northwestern in the Big Ten Championship Game, were selected for the College Football Playoffs. There, Ohio State defeated Clemson in the Sugar Bowl, avenging both previous losses suffered by the same opponents in previous semi-finals.

The Buckeyes would eventually fall to undefeated Alabama in the Championship game, their first since 2015, when they defeated Oregon 42-20 to claim their eighth national title. That triumph and many others, stretching all the way back to 1916, are remembered in our brand new Ohio State football book.

This exquisite, fully personalized piece of Ohio State memorabilia dives deep into the history of a football program with 39 Big Ten championships, seven Heisman Trophy recipients and over 900 total wins, many coming under former coach Woody Hayes, who oversaw the most fruitful period in Buckeyes history, capturing five national titles between 1954 and 1970.

To see which of the Buckeyes’ biggest moments are featured in this newspaper book, take a look at the contents.

How is your Ohio State Buckeyes history book personalized?