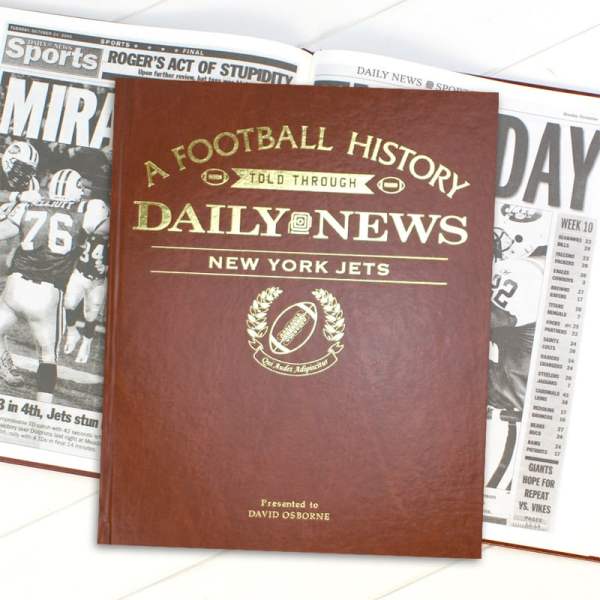 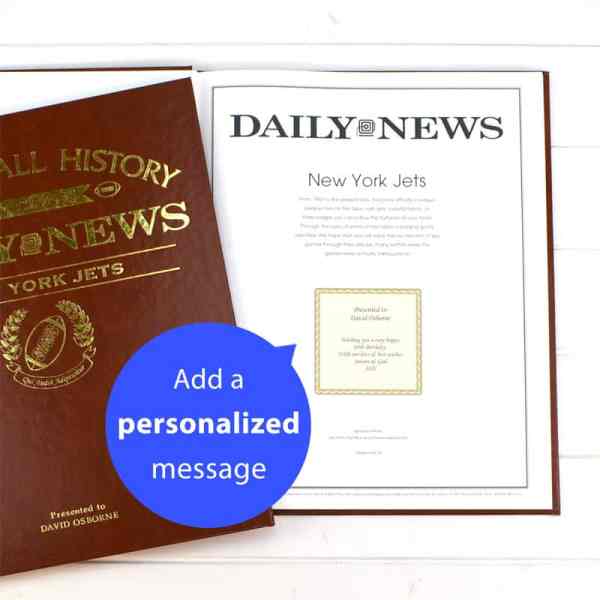 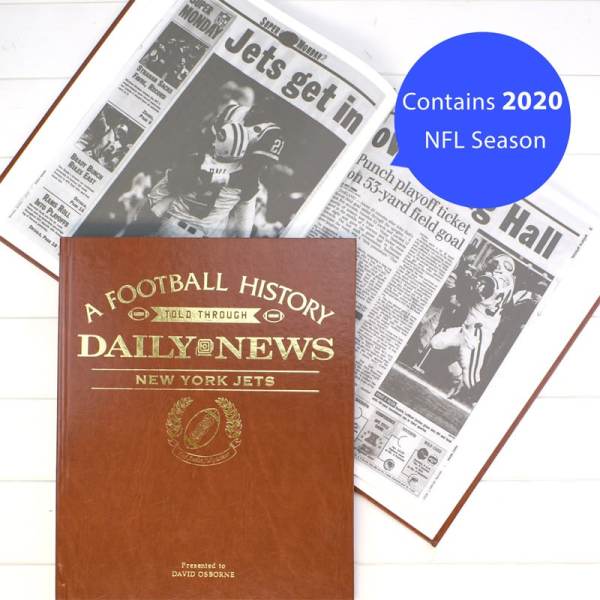 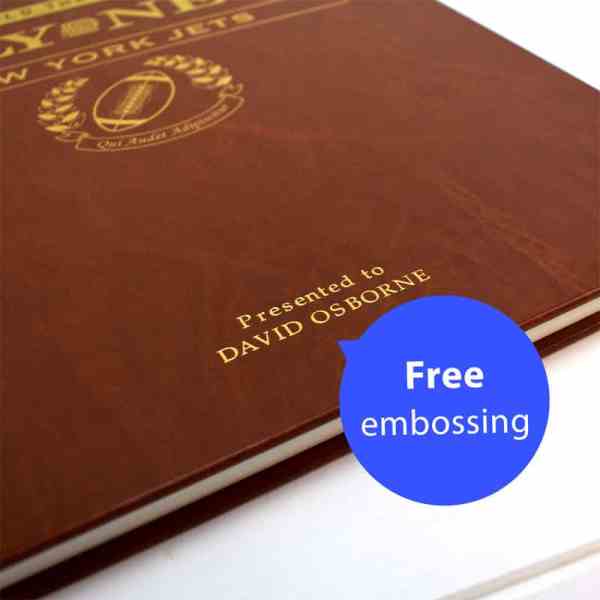 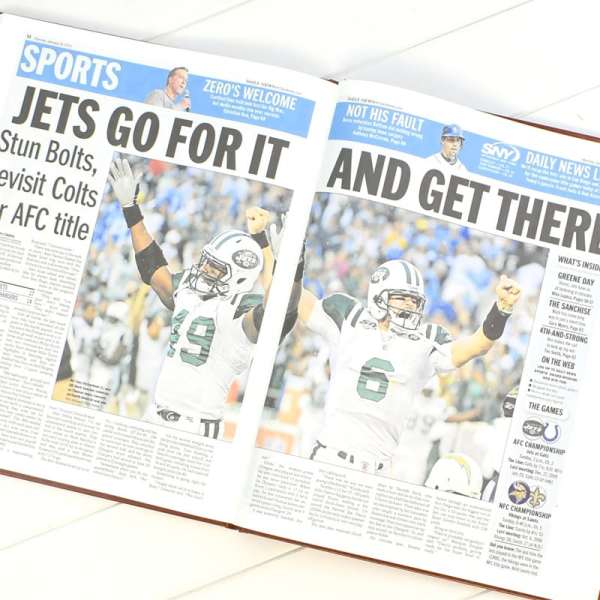 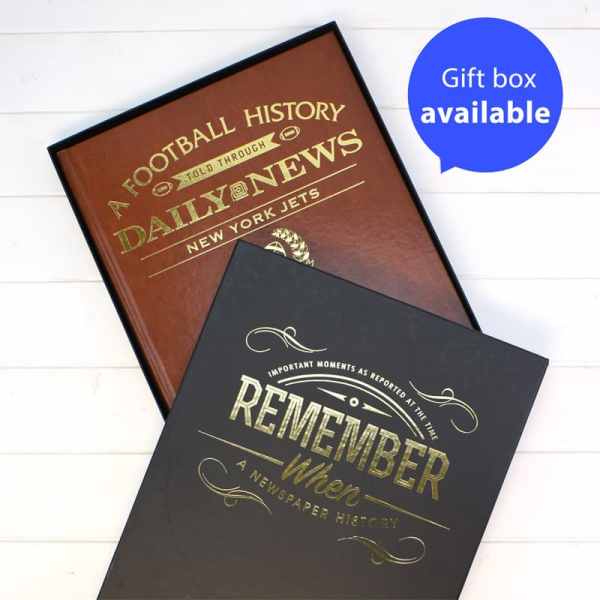 The 2020 season was hardly one to remember for the New York Jets, but thankfully you can learn all about the far more positive moments in the history of the “Gang Green” with this New York Jets history book, filled with genuine newspaper articles from the New York Daily News. This New York Jets book brings together the biggest headlines and events of the team from over the years, starting as early as 1960. You can fondly look back on your favorite Jets moments and see how their earliest games and star players were written about in reports from the time!

Without a doubt, the greatest day in the Jets’ history was January 12 1969, the day of the third Super Bowl. The Jets didn’t seem to have much business beating the Baltimore Colts, especially since they had defeated the Cleveland Browns 34-0 in the NFL Championship game. Despite this, Joe Namath, the Jets quarterback at the time, bravely claimed “We’re gonna win the game. I guarantee it.” In the end, the Jets emerged triumphant after winning 16-7! The team came close to winning again in 2009 and 2010, when they reached consecutive AFC championship games, but weren’t successful in making it to the Super Bowl.

To see which of the Jets biggest moments are featured in this newspaper book, take a look at the contents.

The person you’re buying for will feel truly special as you can include their Name on the opening page of the book along with a personalized Message. This creates the perfect piece of memorabilia especially for your recipient. What’s more, their name will be embossed on the leatherette cover free of charge.

Just received it! Love it!!

Just received it! Love it!!