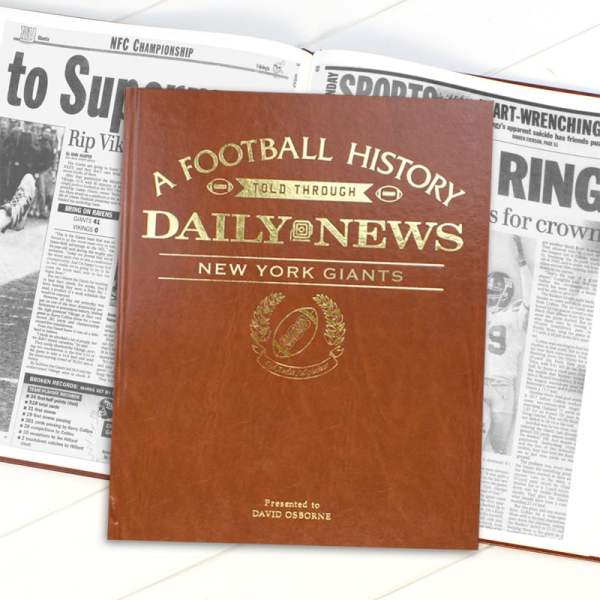 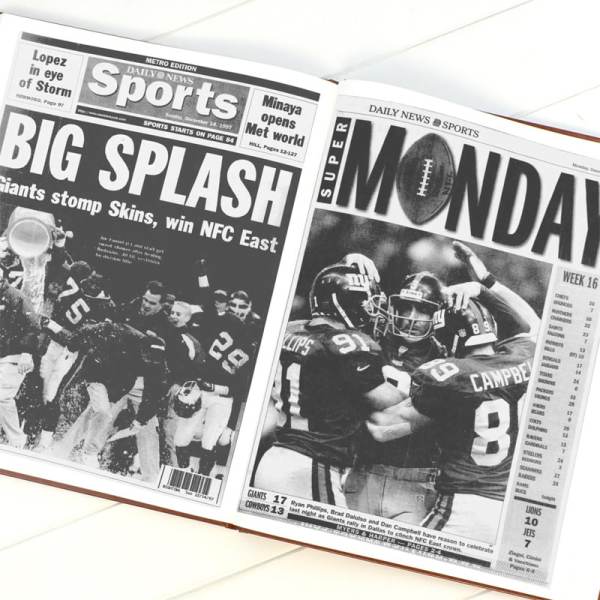 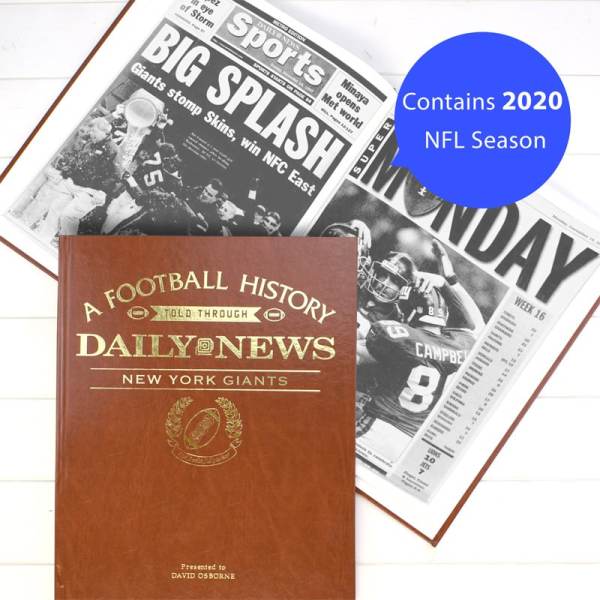 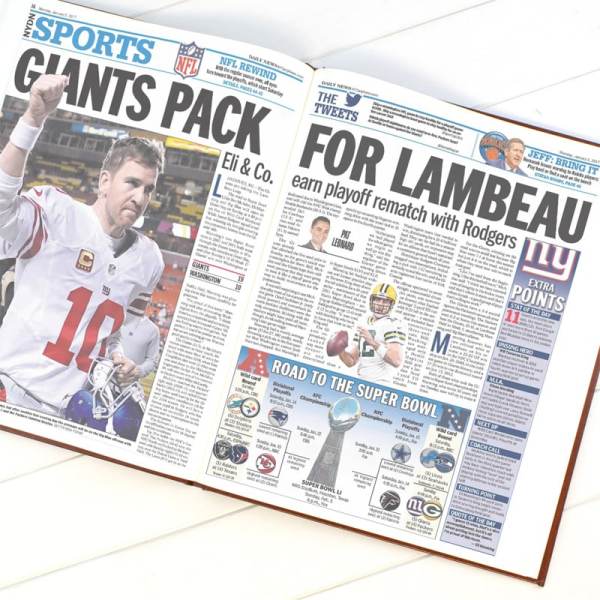 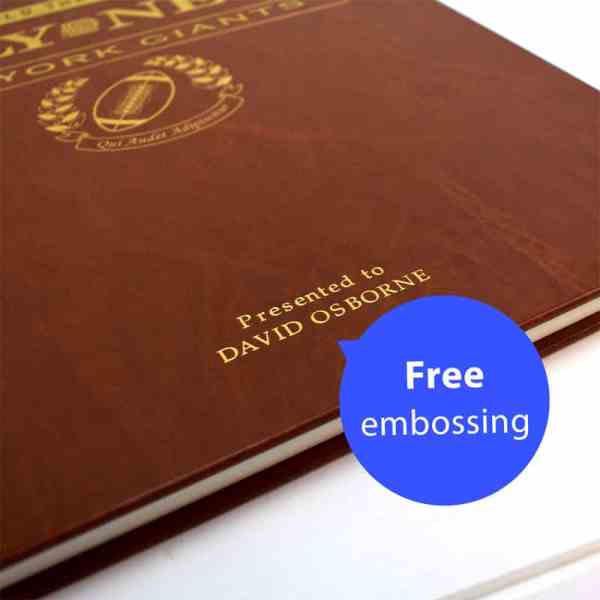 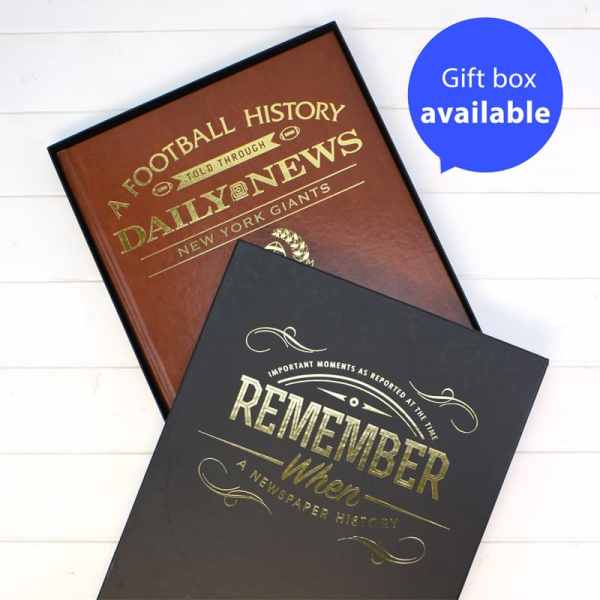 Now updated with the 2022/23 season that saw Giants clinch their first playoff berth since 2016. From the infamous charity game against Knute Rockne’s Notre Dame All-Stars in 1930 right up to the present day, this New York Giants book is filled with past newspaper reports on the team’s biggest events and star players. Reminisce on the team’s greatest achievements and struggles by reading through this fascinating history book, consisting of New York Daily News articles reporting on games and events as they happened! Making the perfect gift for a Giants fan, this history book is a truly wonderful piece of New York Giants memorabilia.

The “New York Football Giants” have achieved numerous successes, being ranked third in terms of the most championship games won, and they have reached more championship games than any other NFL team. They played their first in 1933, resulting in an unfortunate loss against the Chicago Bears. However, since then they have had unprecedented success. So far, the Giants have won four Super Bowls, with one victory in each decade since the 1986 season. Led by Eli Manning, the Giants defeated the Patriots twice in five years, ending the 2007 and 2011 seasons as Super Bowl champions.

How is your New York Giants Newspaper book personalized?