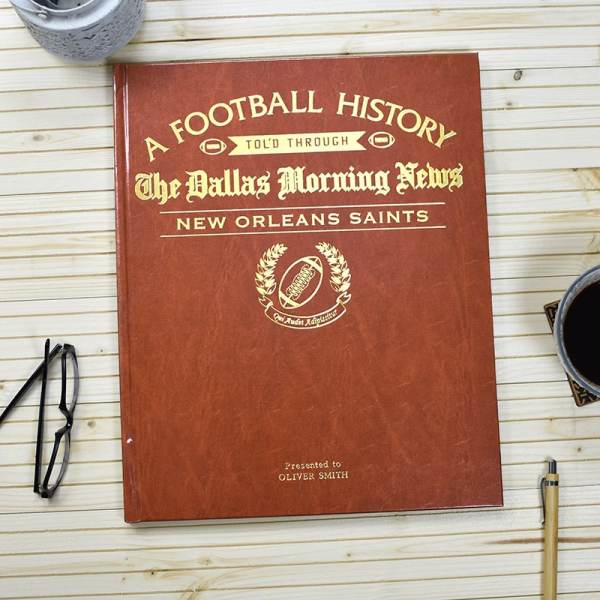 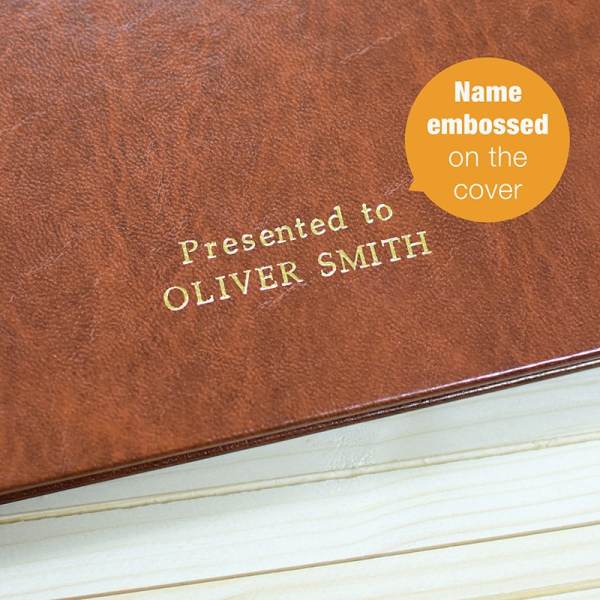 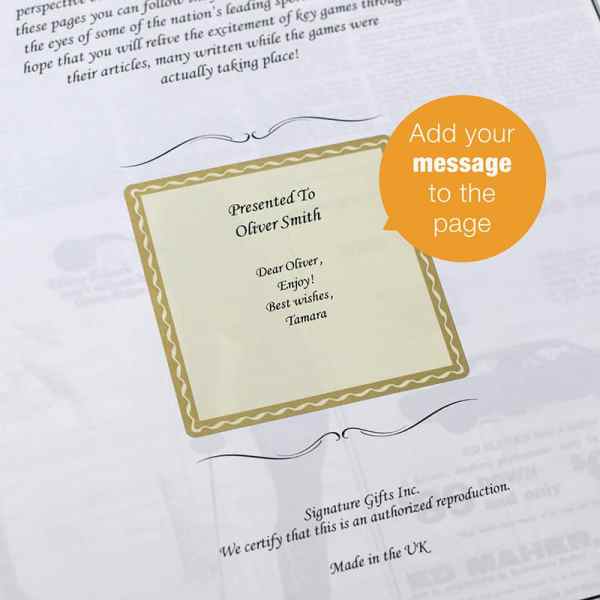 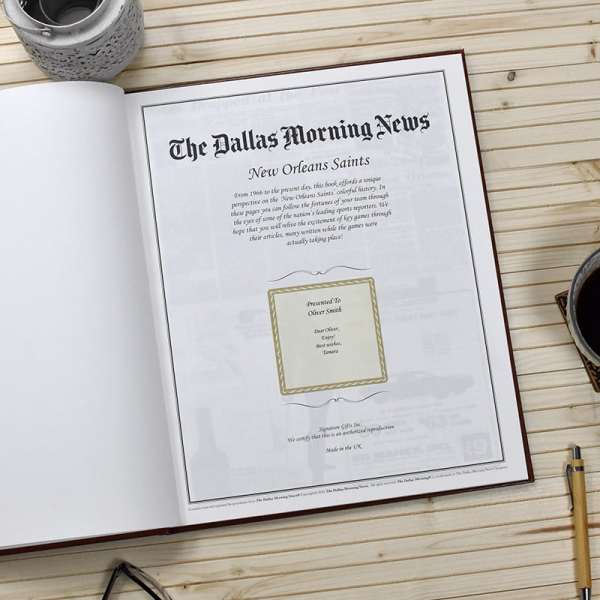 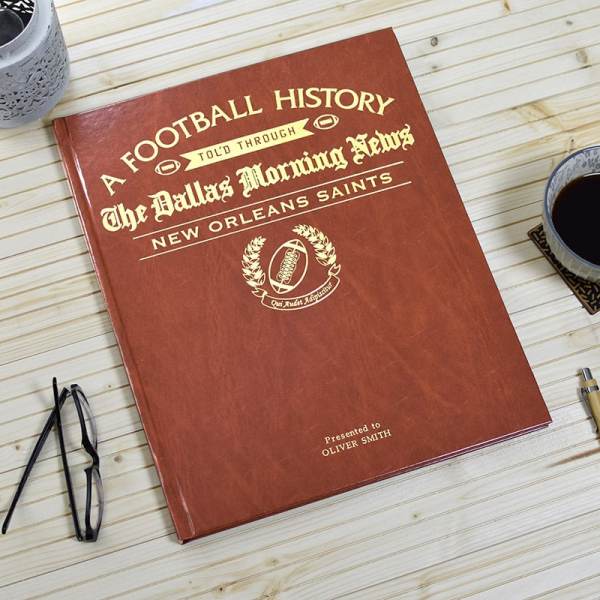 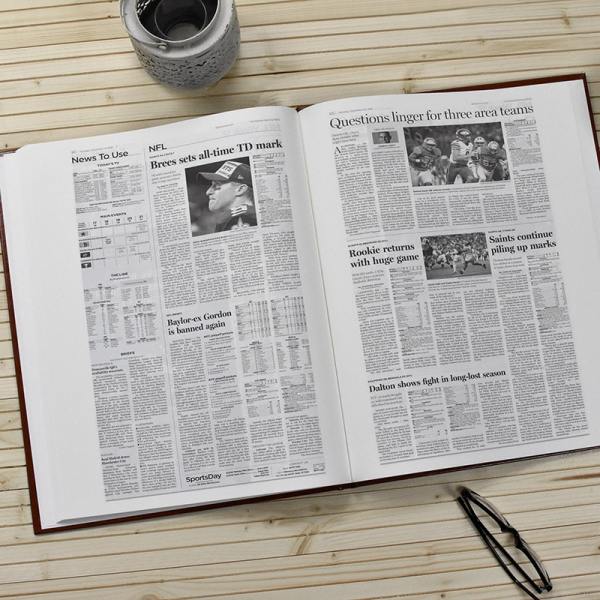 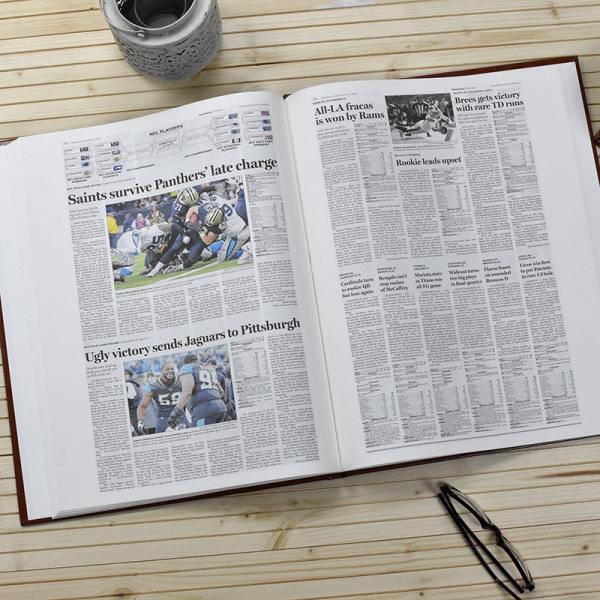 2020 was yet another impressive season for the New Orleans Saints, going 12-4 and losing in the playoffs to the eventual Super Bowl champions Tampa Bay. And now, you can relive some of the highlights from this year along with your favorite football moments from the past with this New Orleans Saints history book, the ultimate must-have for any fan! Compiling genuine articles originally featured in The Dallas Morning News, you can see how your team’s greatest victories and star players have been reported in newspapers. Beginning in 1974, when the franchise experienced its final season at Tulane Stadium, this fantastic piece of Saints memorabilia takes you through the history of the team right up to the present day.

The franchise didn’t have an easy ride after its formation in 1967, taking twenty years to register a winning season in the NFL, let alone make the playoffs. Their first playoff win didn’t come until 2000. When Hurricane Katrina hit, the Superdome went into use as an emergency shelter for the citizens of New Orleans and it suffered both internal and external damage. After this, the team were forced to play their home games on the road, causing difficulties for the Saints.

However, five years later, the Saints won their first ever Super Bowl, defeating the Indianapolis Colts 31-17. This was largely down to the efforts of head coach Sean Payton and quarterback Drew Brees, and the Saints were able to bring hope back to their damaged city: a win that was bigger than simply sport.

To see which of the Saints biggest moments are featured in this newspaper book, take a look at the contents.

The person you’re buying for will feel truly special as you can include their Name on the opening page of the book along with a personalized Message. Your loved one can read through the history of their team in a special book made especially for them. What’s more, their name will be embossed on the leatherette cover free of charge.