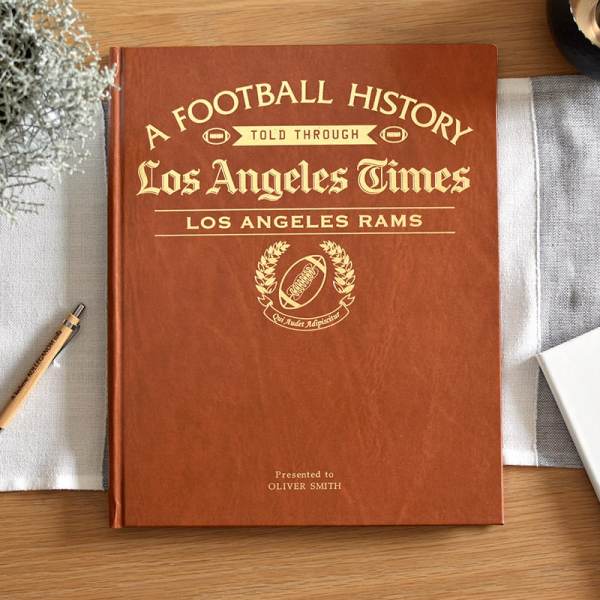 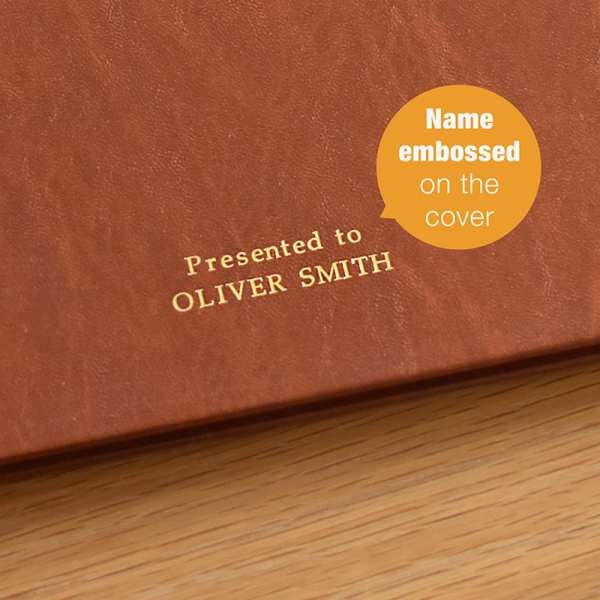 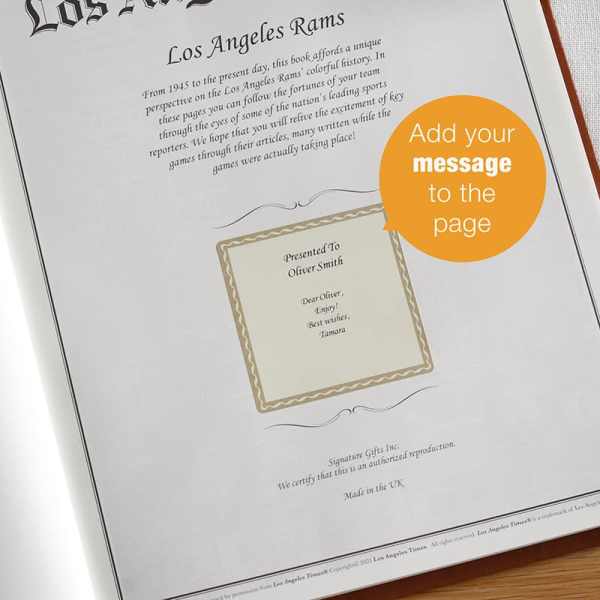 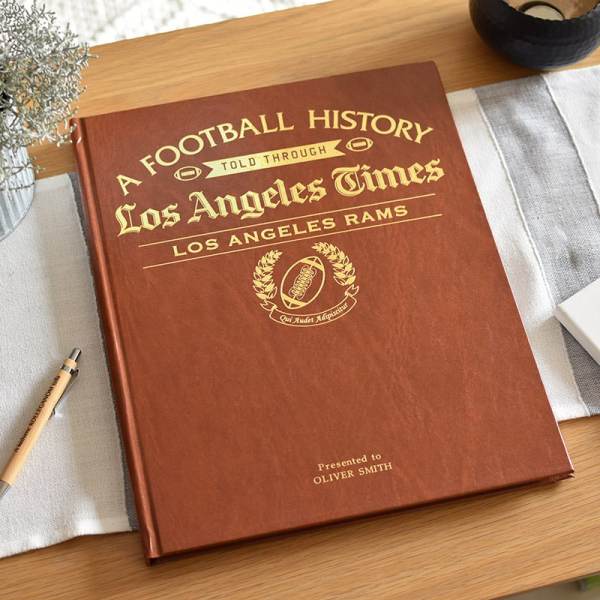 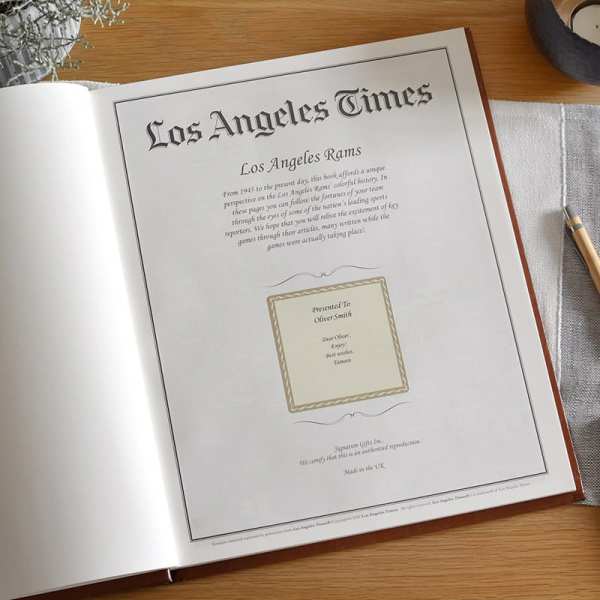 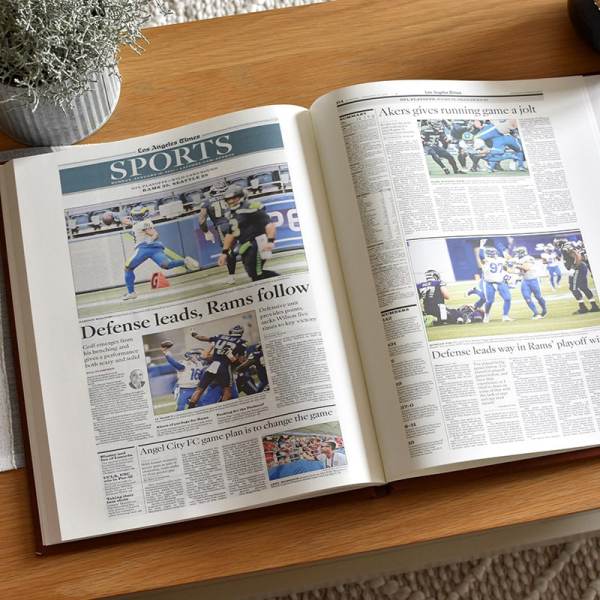 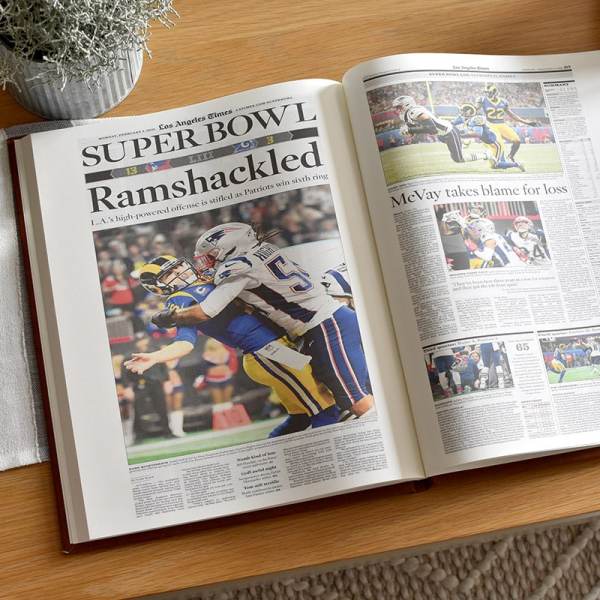 NOW UPDATED: Exclusive coverage of the Ram’s historic SUPER BOWL LVI win over the Bengals 23 to 20 in LA!

Get to grips with the biggest and best moments in Rams history with this personalized newspaper book! Bringing together genuine reports as published in the LA Times, you can look back on your favorite games and star players from as far back as 1945. This fascinating book will guide you through the decades of the most popular Rams events right up to the present day, including the 2020/21 season, where the 10-6 made it to the Divisional playoff round and now the 2021/22 season, which saw the Rams victory in the Super Bowl Final.  For a thoughtful piece of Los Angeles Rams memorabilia, this book makes an ideal gift for a true Rams fan.

In terms of NFL records, the Rams are the only franchise to have won championships representing three different cities. They fought a tight battle against Washington to win the NFL Championship in 1945, their last achievement before moving to Los Angeles. The team then reached the NFL Championship game in their fourth year in California. The team founded to replace them in Cleveland after their move, the Browns, were the Rams’ opponents in the Championship game the following season. The Browns emerged victorious in their inaugural NFL season, but the Rams would defeat them a year later to win their second NFL championship. 1995 saw the team move to St. Louis, winning their first-ever Lombardi Trophy four years later after a 23-16 triumph against the Tennessee Titans.

Under the new leadership of Sean McVay, when the team moved back to Los Angeles they recorded a fantastic 2018/19 campaign which resulted in a narrow loss to “The Evil Empire”, the New England Patriots, in the Super Bowl.

To see which of the Rams’ biggest moments are featured in this newspaper book, take a look at the contents.

The person you’re buying for will feel truly special as you can include their Name on the opening page of the book along with a personalized Message. This will give the Rams fan in your life a gift they’ll treasure forever. What’s more, their name will be embossed on the leatherette cover free of charge.