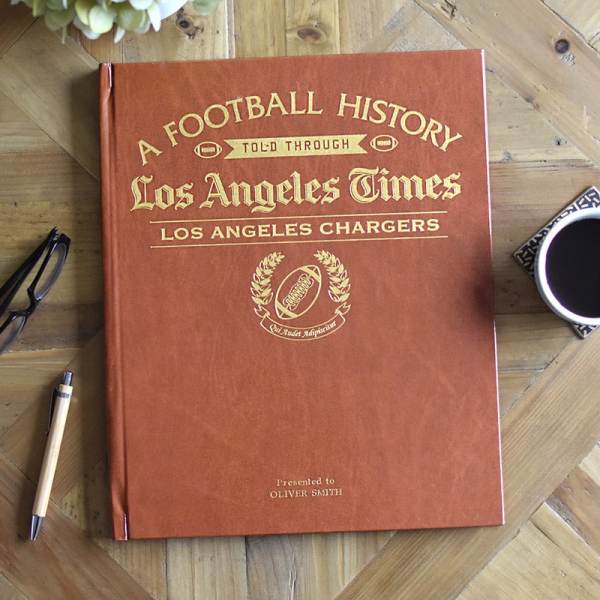 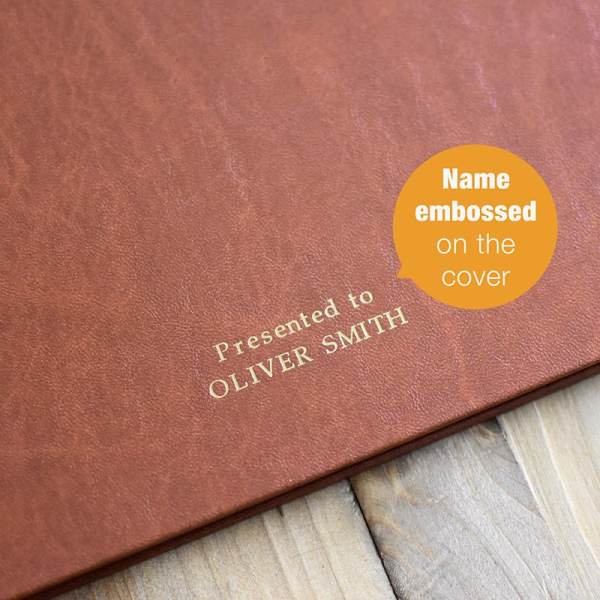 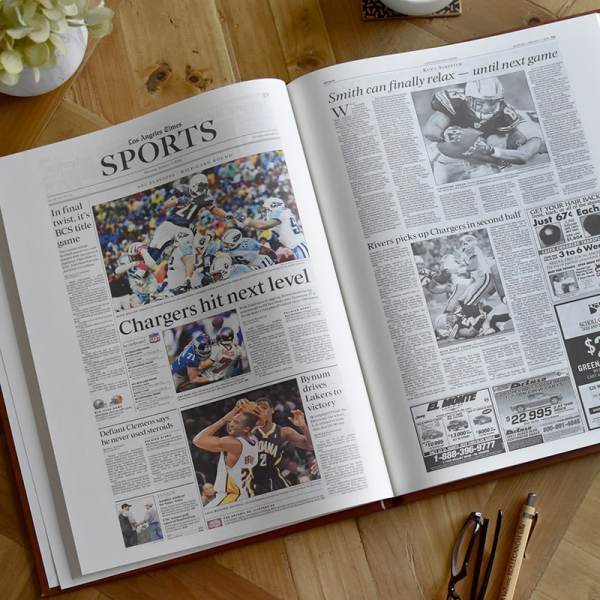 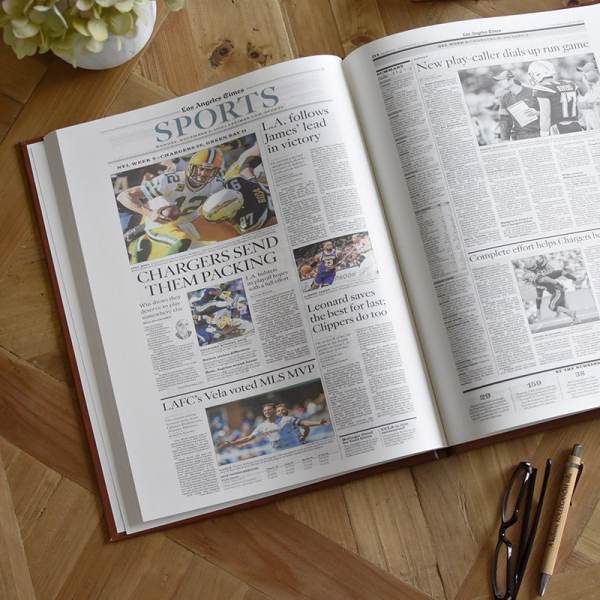 Read all about the history of the LA chargers in this Chargers football history book, bringing together genuine news articles reporting on the team’s greatest moments! Featuring content from the LA Times, this fascinating book lets you nostalgically read about the Chargers’ past championship games, involvement in the 1994 Super Bowl, and star players from over the years.

Founded in LA in 1959, the Chargers played their first year in the city before moving to San Diego for the next 56 seasons. Their return to LA in 2017 caused some controversy, particularly among fans and many others who didn’t welcome the change. This controversy around their relocation was reported in the LA Times, and you can read all about it in articles from the time that are featured in this Chargers football history book.

One of the greatest moments in the Charger’s history was their defeat of the Patriots in 1963 to capture the AFL championship. This would be the first and last major sports title won by a team in the San Diego area. Under head coach Bobby Ross, the team entered its brightest period in the 1990s. The Chargers won 11 of their remaining 12 games to become the first 0-4 team to ever make the playoffs in the 1992 season. Unfortunately, the team lost their first-ever Super Bowl game to the 49ers in 1994. In five years out of six between 2004 and 2009, the team won the AFC West Division with the help of quarterback Phillip Rivers and running back “LT” LaDainian Tomlinson.

To see which of the Charger’s biggest moments are featured in this newspaper book, take a look at the contents.

How is your Los Angeles Chargers Newspaper book personalized?