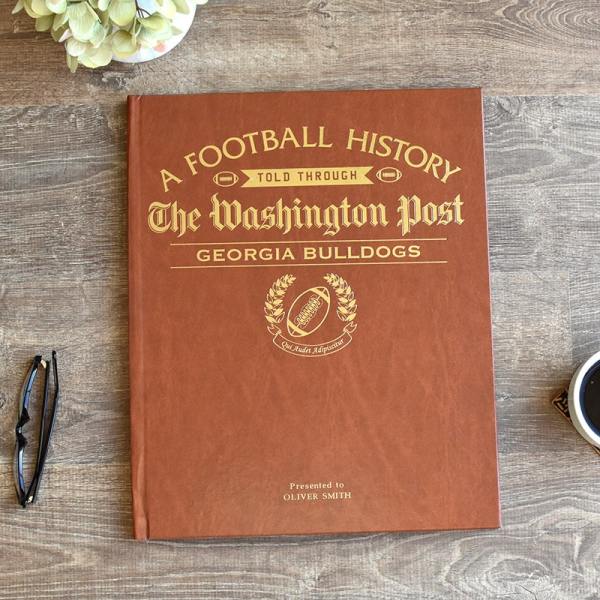 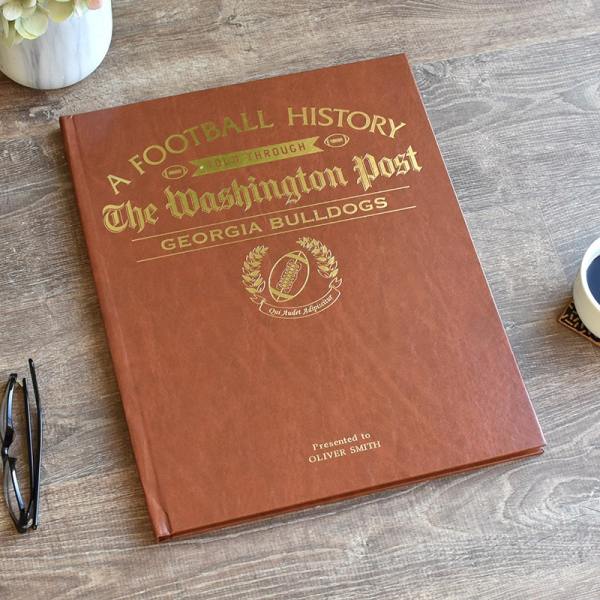 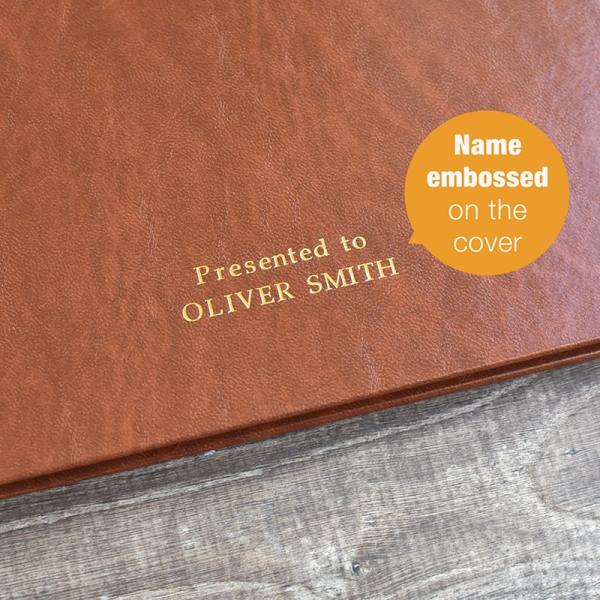 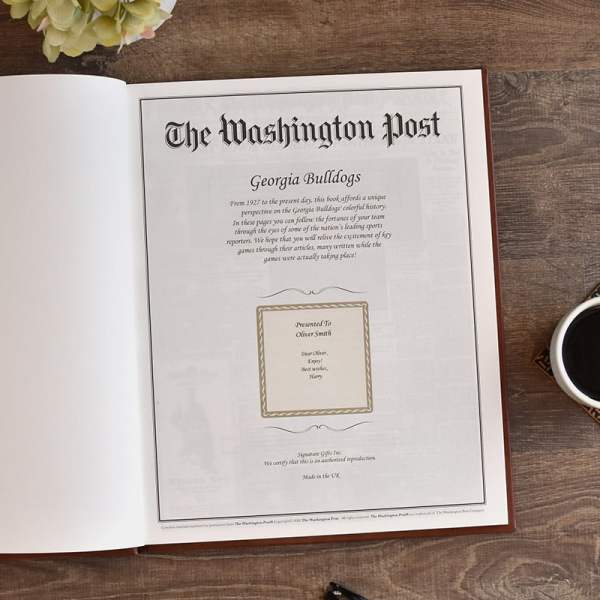 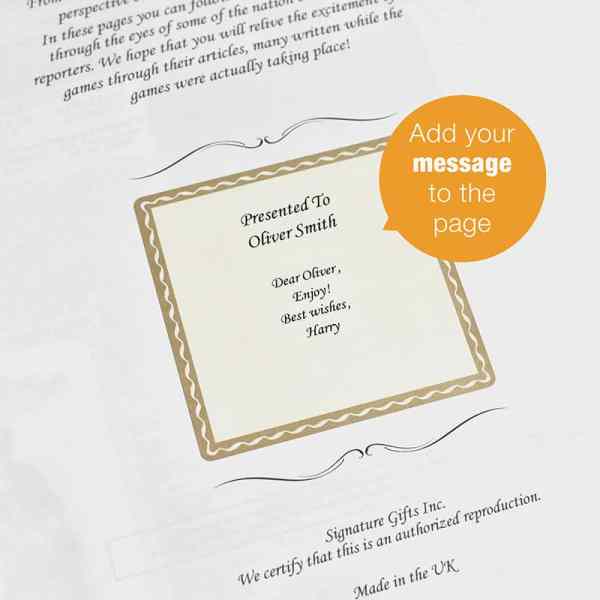 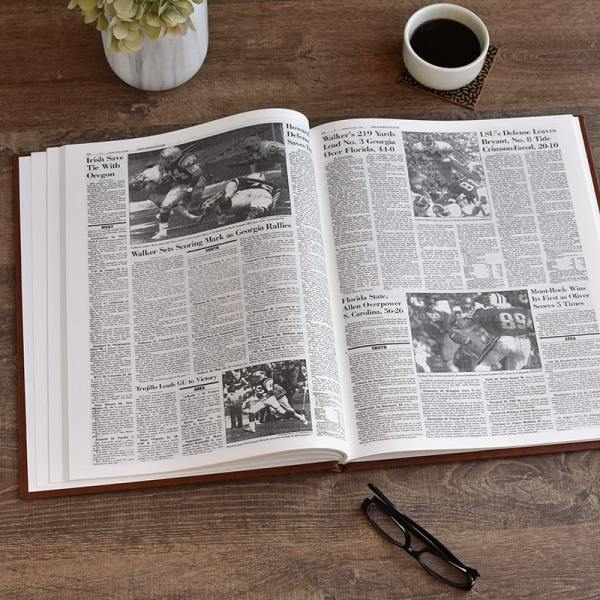 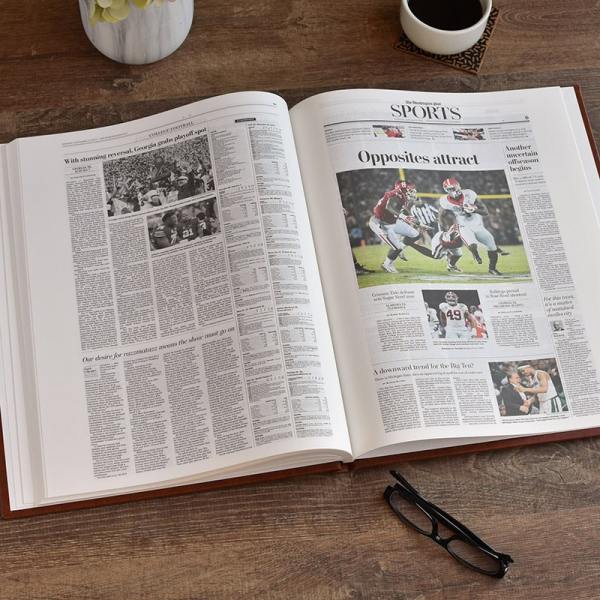 Delight the Georgia fan in your life with our brand new Georgia Bulldogs book, featuring newspaper coverage of the biggest games and moments in Georgia football history from 1927 onwards. The Bulldogs have reached the Southeastern Conference Championship Game eight times since the turn of the century, winning the title on three occasions, most recently in 2017. All in all, Georgia has won fifteen conference titles, stretching all the way back to 1896, and appeared in 57 bowl games, the second most of any team.

In the polling era, Georgia was selected as national champions by NCAA selectors six times from 1920 to 1980. The college claims two of these titles: the 1942 and 1980 Championships. The latter team featured freshman Herschel Walker, future Heisman trophy winner and considered by many to be the greatest college football player of all time. Four other former Bulldogs have gone on to be inducted into the NFL Hall of Fame, most recently 12-time Pro Bowler Champ Bailey.

To see which of the Bulldogs’ biggest moments are featured in this newspaper book, take a look at the contents.

The person you’re buying for will feel truly special as you can include their Name on the opening page of the book along with a personalized Message. Your loved one (and member of the Bulldog Nation) can nostalgically dive into the history of their favorite team in a special book created just for them! What’s more, their name will be embossed on the leatherette cover free of charge.

This is a wonderful gift. My fiance absolutely loved it.

This is a wonderful gift. My fiance absolutely loved it.