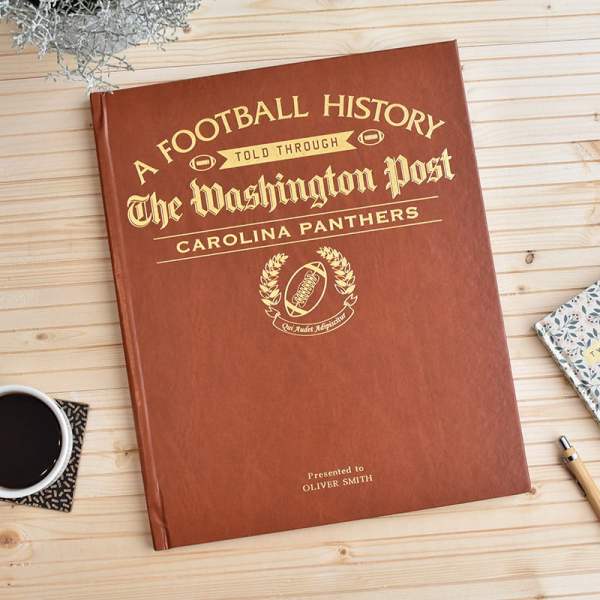 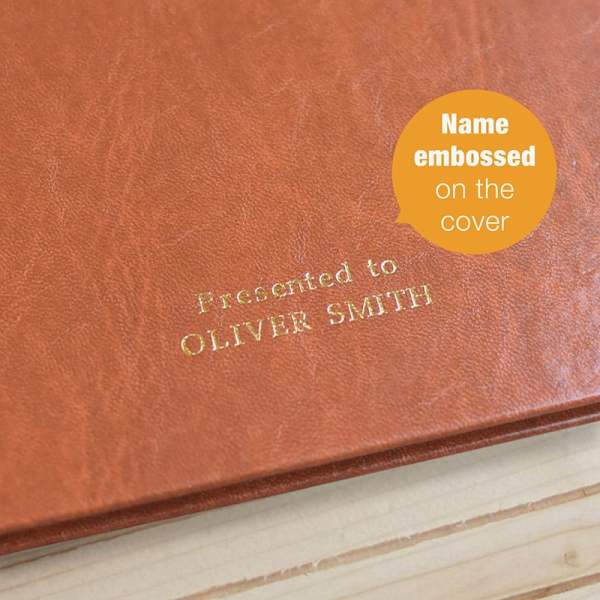 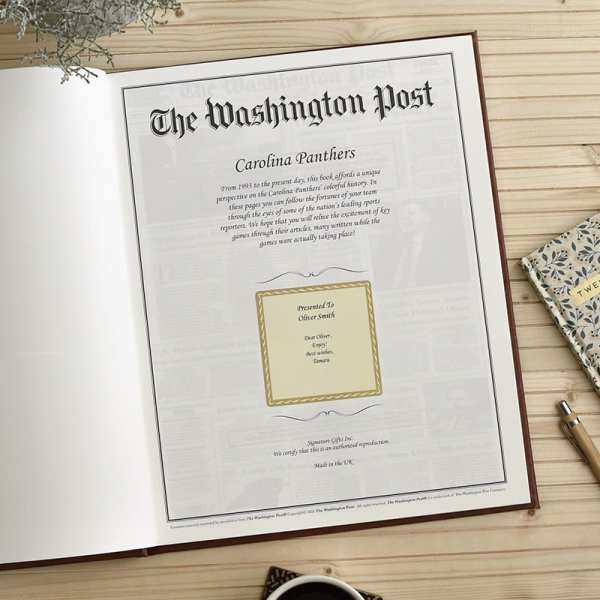 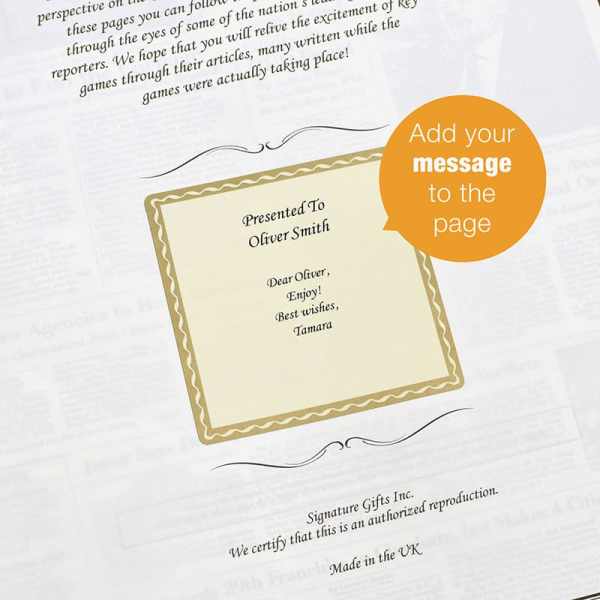 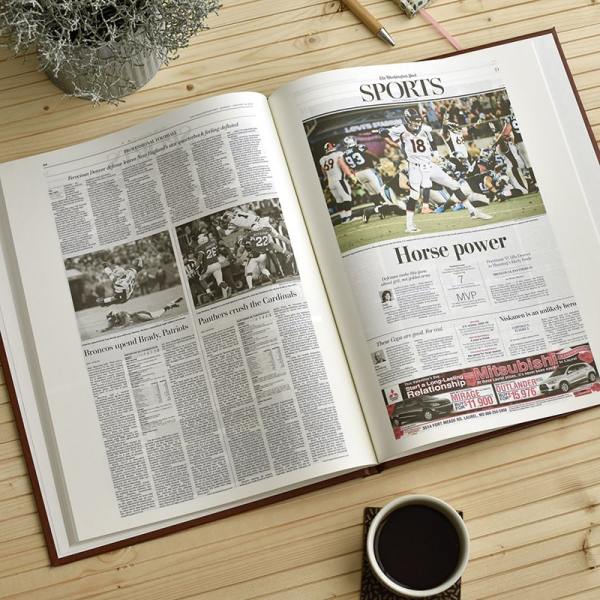 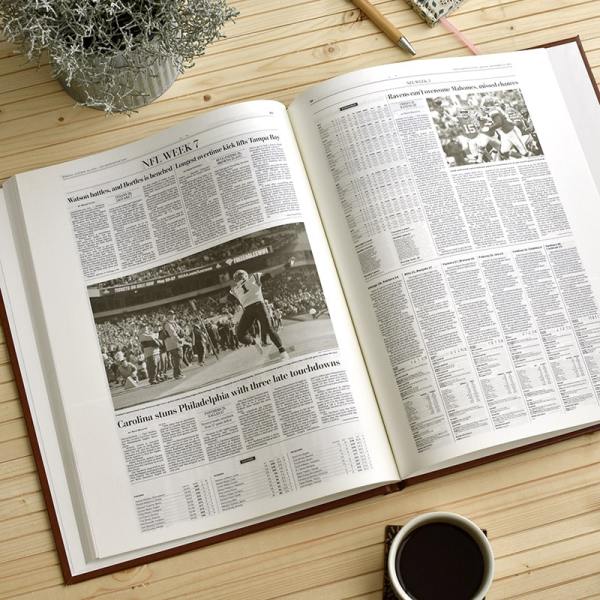 Discover how your favorite Panthers moments were reported in newspapers at the time in this personalized Carolina Panthers book! Filled with genuine articles from the Washington Post, this fascinating book lets you read all about their team’s biggest moments and star players. Starting with the beginning of the franchise in 1993, this newspaper book makes a fantastic piece of Carolina Panthers memorabilia for any big fan.

The team was established in 1993, playing its first NFL season in 1995. They finished their first season 7-9, which is the best first-year performance ever registered by an expansion team. The following season they ended with a 12-4 record, beating the defending Super Bowl champions the Dallas Cowboys in the playoffs. The Panthers reached the Super Bowl for the first time in 2003, in which they closely lost against the Patriots 32-29. This 2003 Super Bowl game was, at the time, the most watched Super Bowl ever.

Under the new guidance of coach “Riverboat Ron”, Ron Rivera, and 2015 MVP quarterback Cam Newton, they went 15-1 and reached the Super Bowl once again in 2015, where they were defeated by the Broncos in Peyton Manning’s final game.

To see which of the Panthers’ biggest moments are featured in this newspaper book, take a look at the contents.

The person you’re buying for will feel truly special as you can include their Name on the opening page of the book along with a personalized Message. This dedicates the book especially to your recipient, making a truly perfect gift! What’s more, their name will be embossed on the leatherette cover free of charge.

I love it! Not only will my son get an overview of the Panthers football franchise he will also get a peek at what else was making headlines at the time.

I love it! Not only will my son get an overview of the Panthers football franchise he will also get a peek at what else was making headlines at the time.