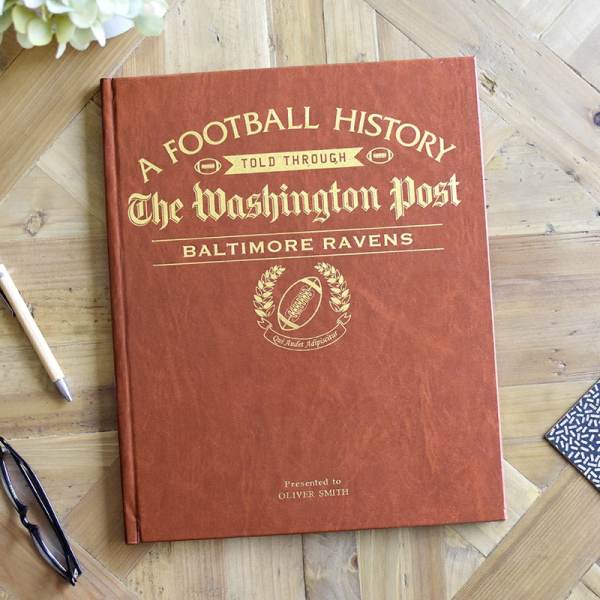 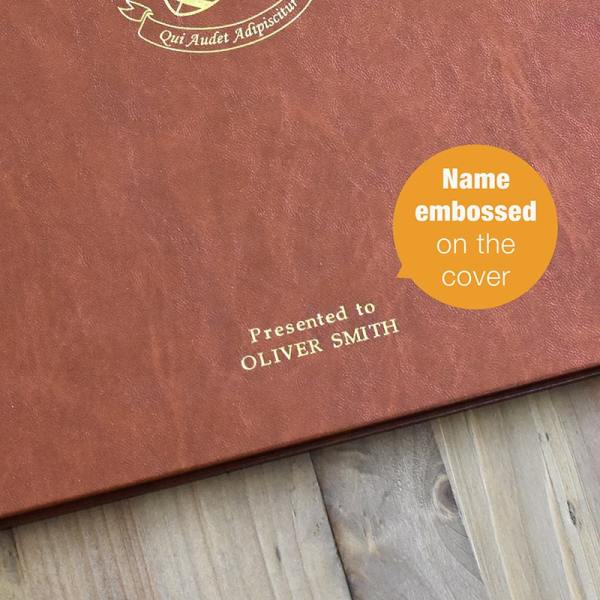 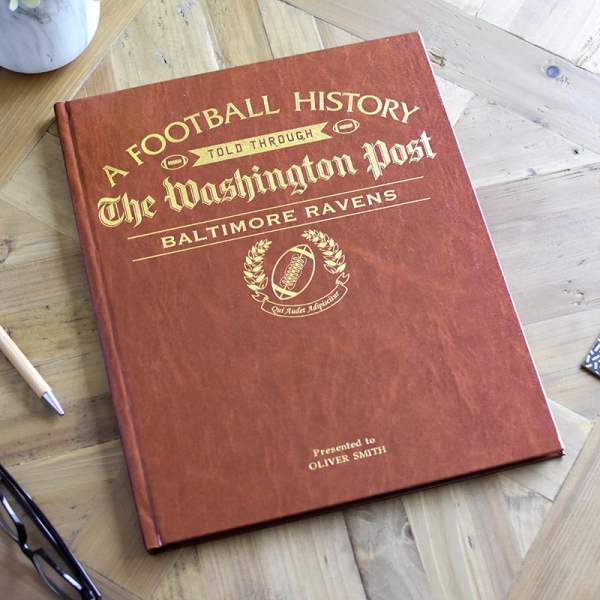 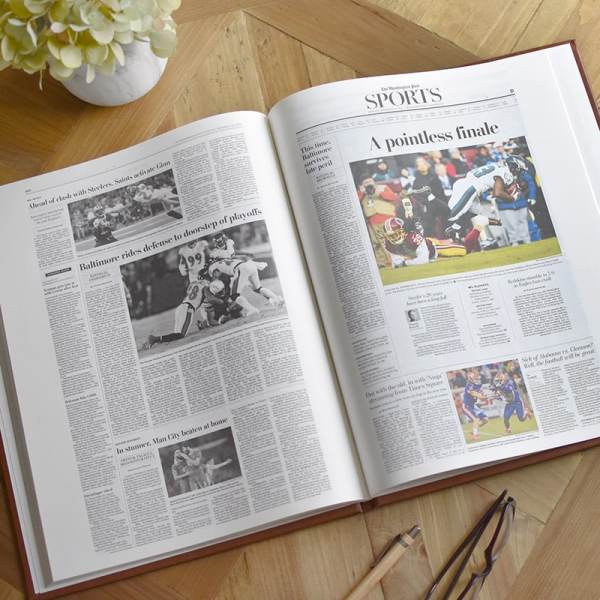 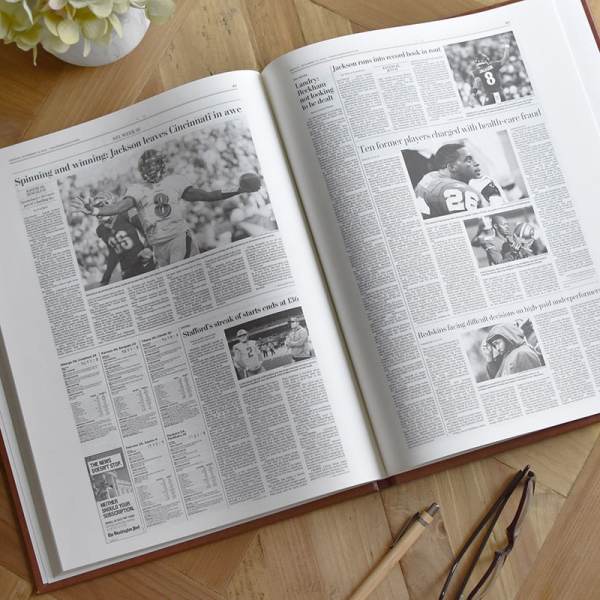 Now updated with the 2022 games, seeing Baltimore Ravens Lamar Jackson still dazzling the crowds, with a 37 – 26 win over the Patriots. Take the Ravens fans in your life back to their favorite football moments with this fascinating Baltimore Ravens history book! Filled with newspaper articles originally featured in the Washington Post, this book features all the team’s greatest moments and star players, going as far back as the team’s foundation and debut season in 1996. Coverage goes right up to the present day and includes the 2021/22 season. This book is a fantastic piece of Ravens memorabilia that your recipient will treasure for years to come.

The Ravens were elected to the NFL in 1996 as an expansion team and their foundation was half created and half from relocation. The Ravens were born as a replacement team for the Colts that had moved from Baltimore to Indianapolis a decade earlier. The team was incredibly successful as a new franchise and won the Super Bowl in only their fifth season. This game saw the defeat of the Giants 34-7 with Ray Lewis, a future Hall of Famer, leading the team to victory. The Ravens reached the playoffs nine times in the first thirteen years of the 21st century, and they won another Lombardi Trophy after they won 34-31 against the San Francisco 49ers in 2013.

To see which of the Raven’s biggest moments are featured in this newspaper book, take a look at the contents.

How is your Baltimore Ravens Newspaper book personalized?