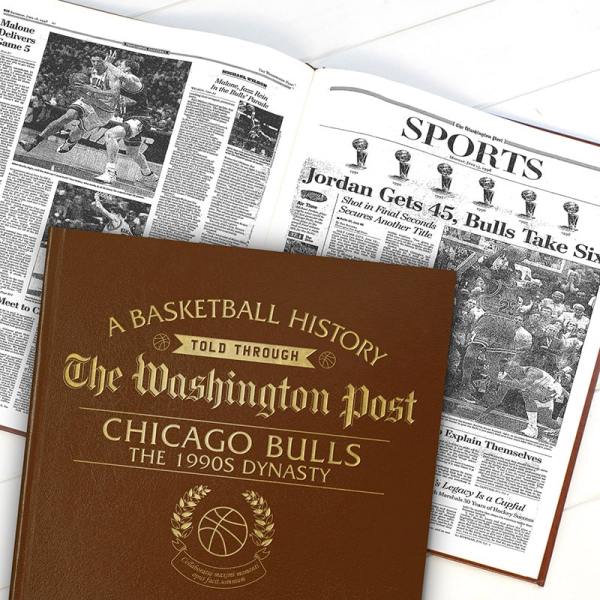 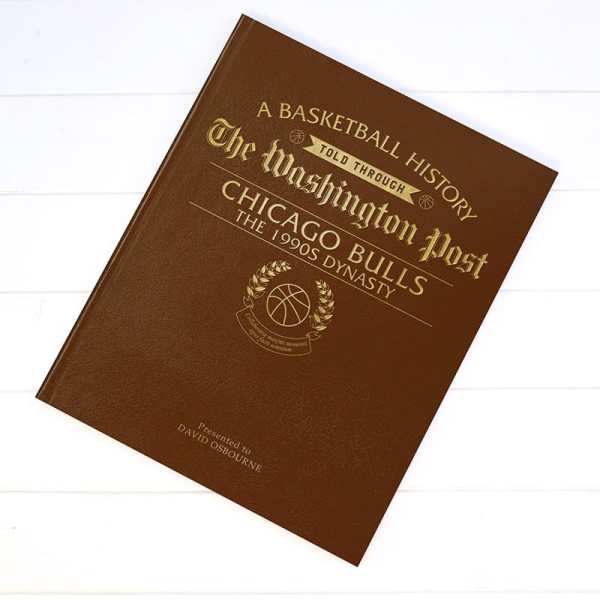 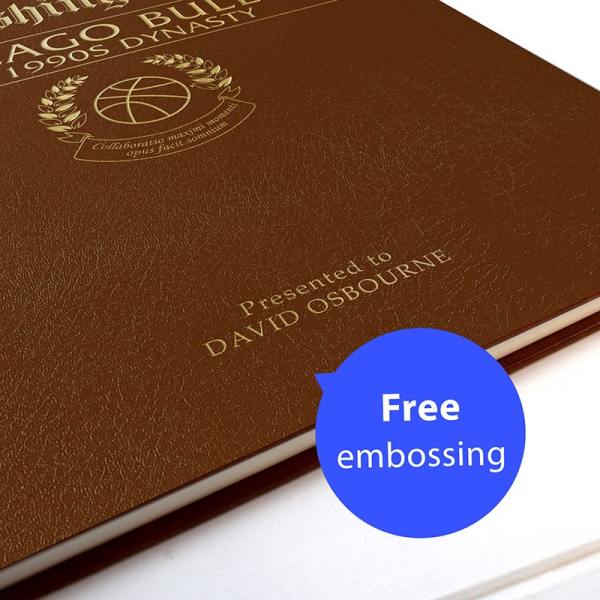 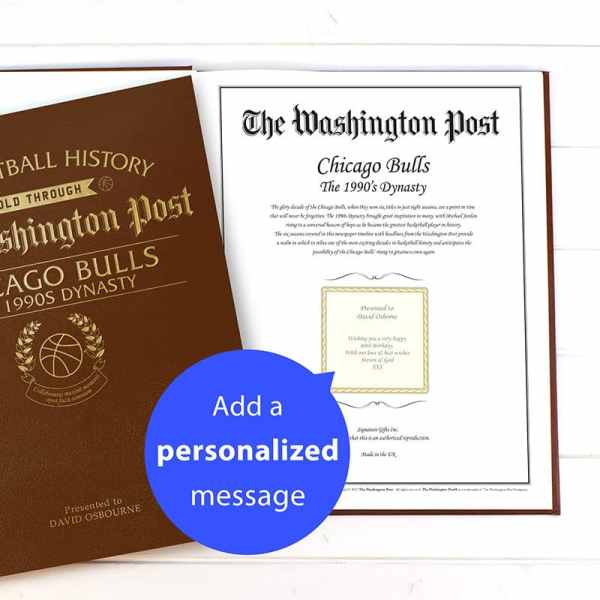 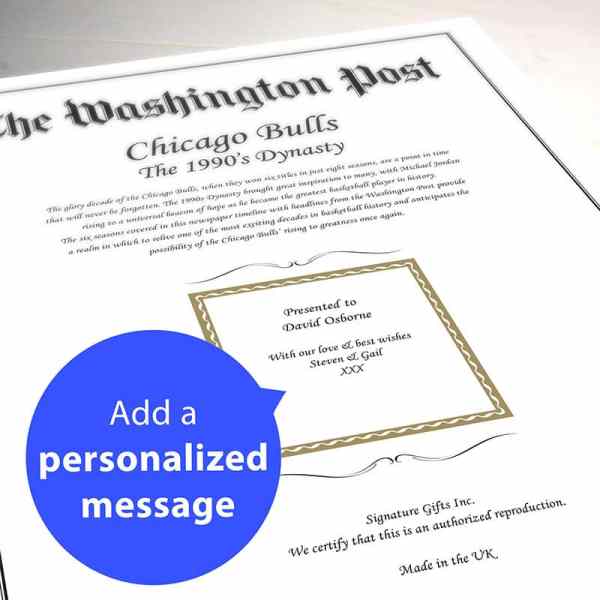 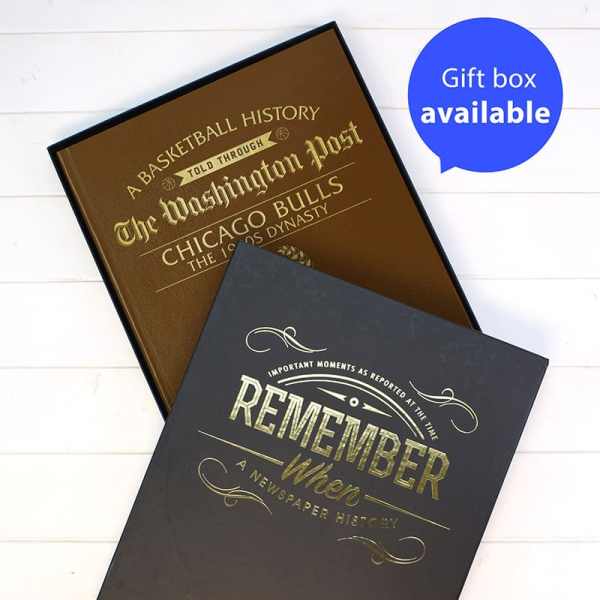 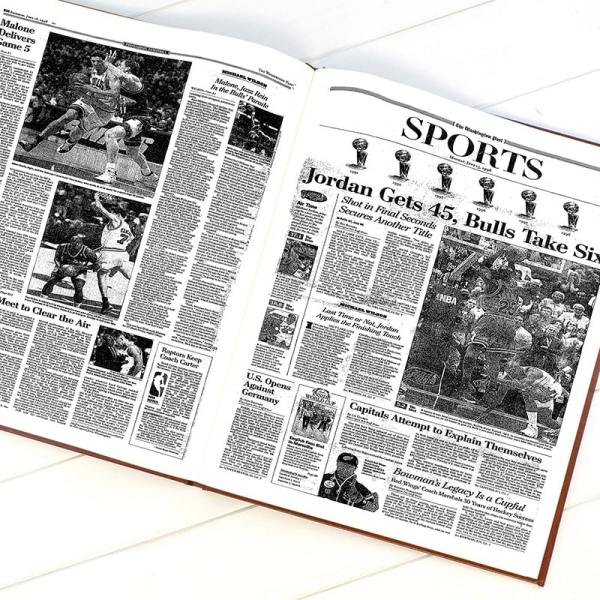 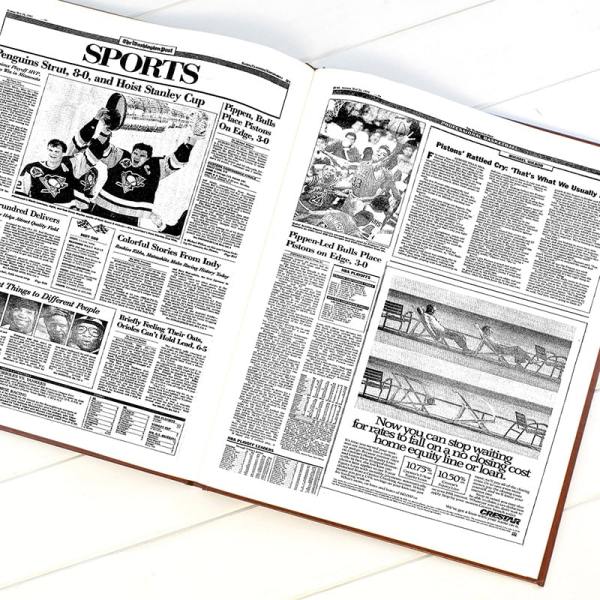 In 2020, ESPN’s critically-acclaimed miniseries The Last Dance reintroduced millions of fans (as well as countless new ones) to the most successful basketball team of the past fifty years: the 90s Bulls. And now, with our bespoke Chicago Bulls book, you can dive even deeper into the most widely celebrated dynasty in professional basketball history, as well as the game’s greatest ever player, through historic newspaper articles, appearing exactly as they did when first printed in the Washington Post.

The only franchise to register two separate three-peats, the Chicago Bulls dominated the NBA throughout the 1990s, thanks in no small part to “Zen Master” head coach Phil Jackson and his triangle offense, as well as Hall of Famers Dennis Rodman, Scottie Pippen, Toni Kukoc and of course the great Michael Jordan, who won four MVP awards and led the league in scoring in each of his full seasons throughout the decade. The Bulls registered a perfect 6-0 Finals record in the 90s, and were the first team to ever reach 70 regular season wins in 1996. Many memorable moments from the playoffs and beyond are recaptured in this wonderful piece of Chicago Bulls memorabilia.

To see which of the Bulls’ biggest moments are featured in this newspaper book, take a look at the contents.

The person you’re buying for will feel truly special as you can include their Name on the opening page of the book along with a personalized Message. Your loved one can nostalgically dive into the history of Bulls hoops in a special book created just for them! What’s more, their name will be embossed on the leatherette cover free of charge.