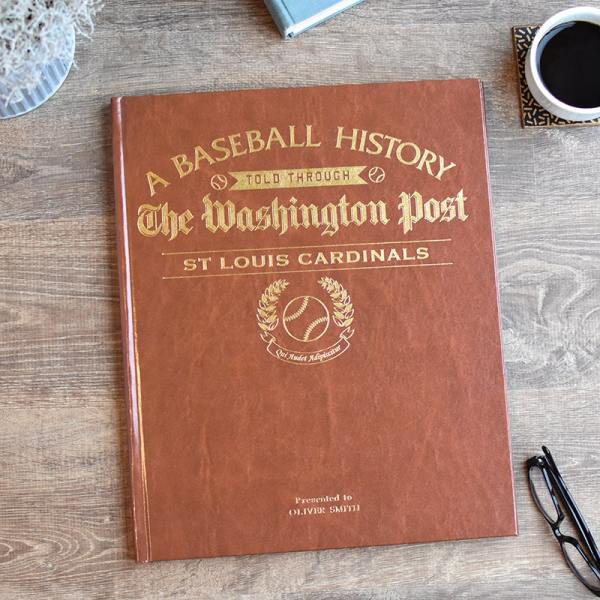 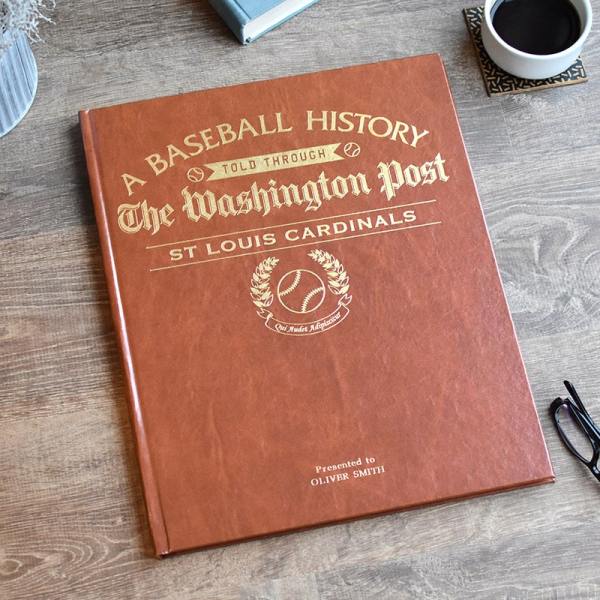 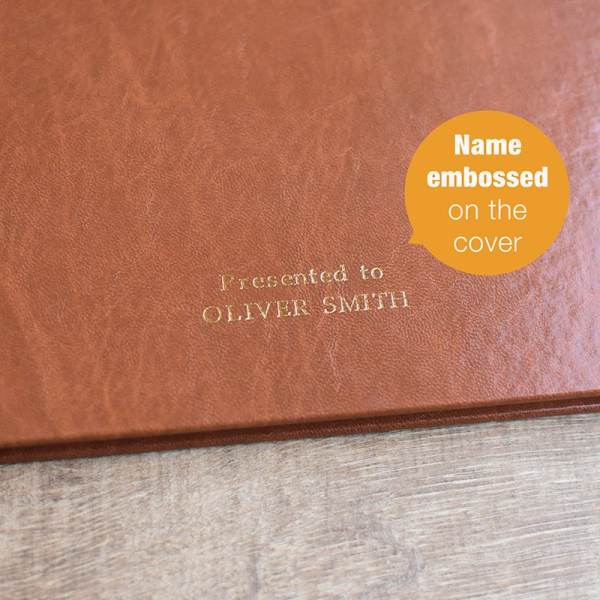 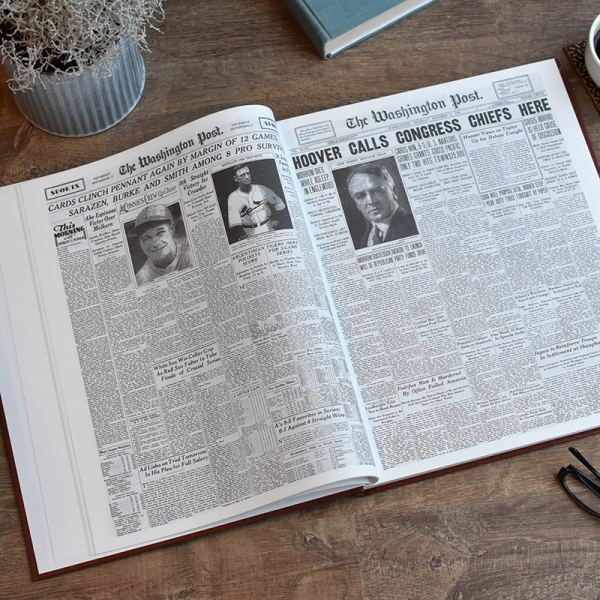 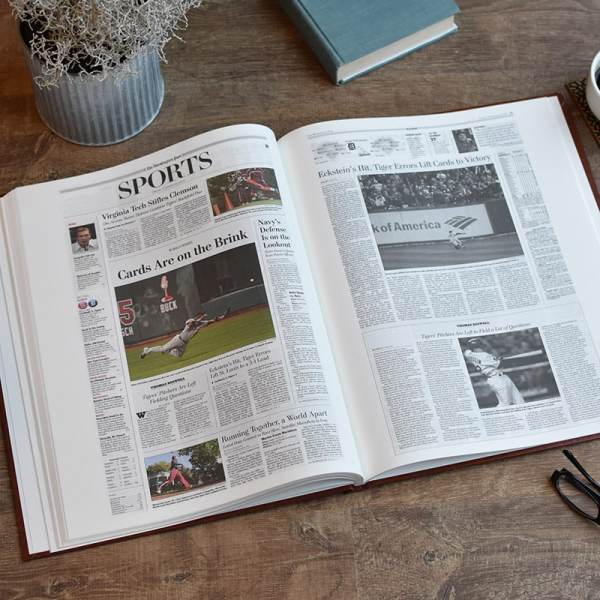 2021 was another productive season in St. Louis, seeing the Cardinals make the playoffs for the third straight year. The team also set a record for most Gold Glove awards, with five. Ultimately, the Cardinals would fall to defending champions the Dodgers in the playoffs, but the good news is, you can help the Cardinals fan in your life focus on the positives with this St. Louis Cardinals History Book, taking them right through the history of the team! Updated with the 2022 season which saw the Cardinals clinch the NL Central title.

This fascinating book is filled with newspaper headlines reporting on the Cardinals, which were originally printed in the Washington Post. Content goes back as far as 1962, meaning the book will document the franchise’s first World Series title! Your recipient can relive their favorite baseball moments, as well as reminisce about events they may have forgotten.

As the second-most successful franchise in MLB history, the team won a total of 11 World Series titles between 1926 and 2011 – an incredible achievement. A memorable time in Cardinals history would definitely be the 1940s, when Branch Ricket’s farm system came to fruition and brought the team into its most successful period. The team registered a .623 winning percentage across the 1940s, which was higher than any other Major League baseball team. Three World Series titles were won between 1942 and 1946 by the Cardinals, and between 1942 and 1945, they also won more than 105 games 3 years in a row! The Cardinals were World Series champions in 1964, 1967, and 1982, and have since won 2 more titles since the turn of the century.

To see which of the Cardinals’ biggest moments are featured in this newspaper book, take a look at the contents.

How is your Saint Louis Cardinals Newspaper book personalized?

Such a great gift for a die hard baseball fan

High-quality item! I was impressed when it arrived. A bit pricey, but worth it.

Very impressed with item. I purchased as a gift for my husband and he loves it. Delivery was as expected.

Such a great gift for a die hard baseball fan

High-quality item! I was impressed when it arrived. A bit pricey, but worth it.

Very impressed with item. I purchased as a gift for my husband and he loves it. Delivery was as expected.