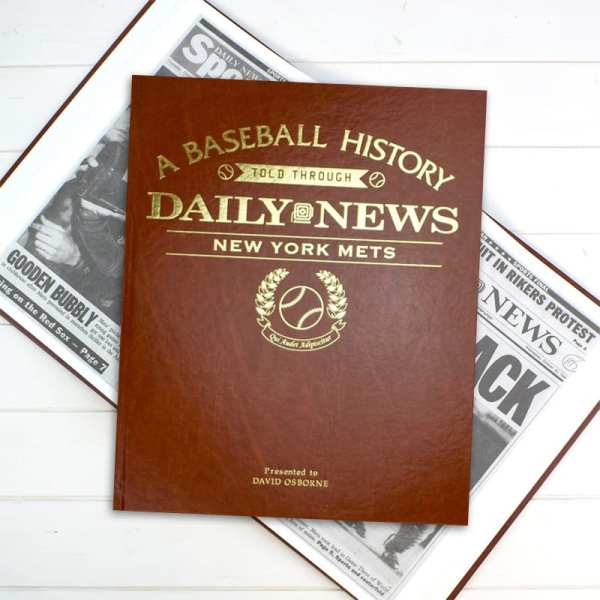 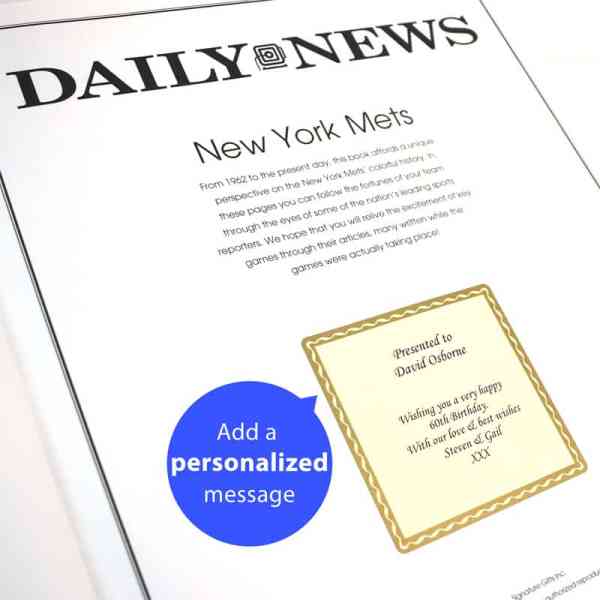 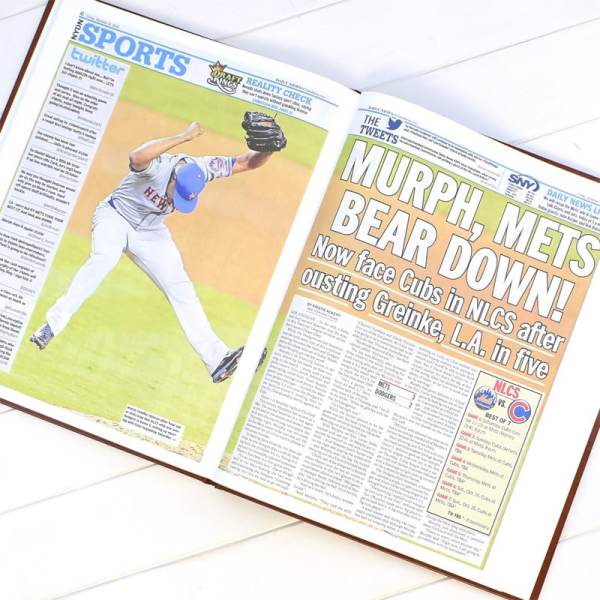 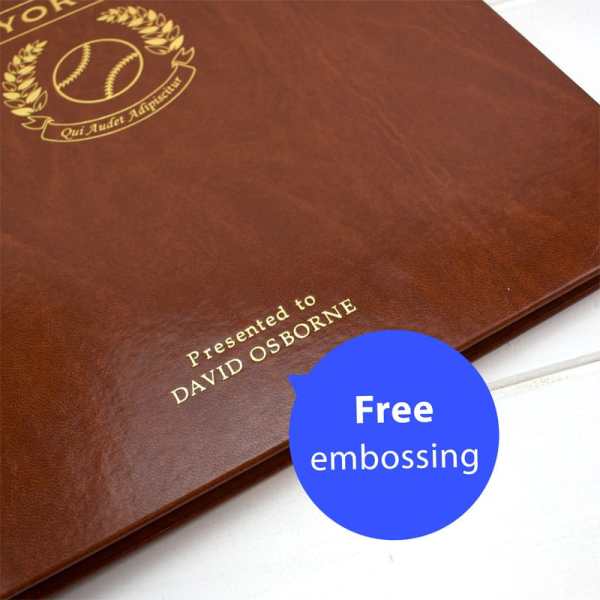 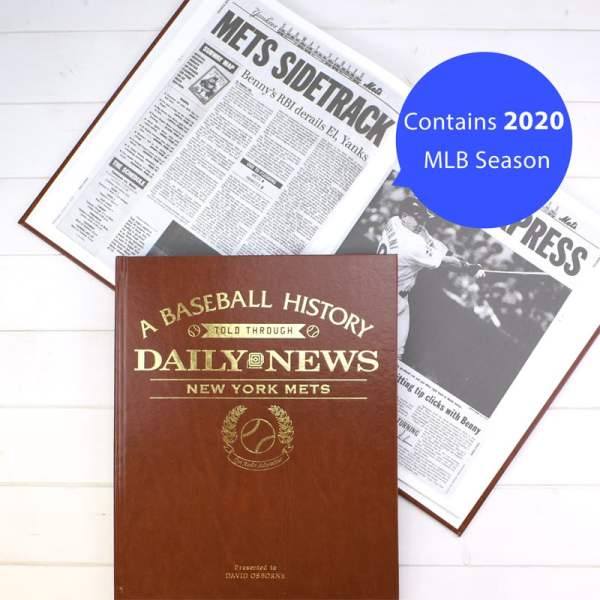 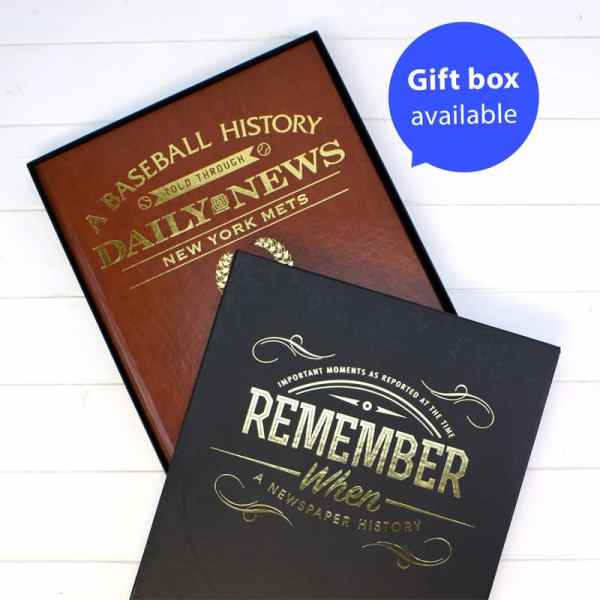 Relive all the New York Mets’s best moments with this incredible Mets history book, featuring fascinating newspaper headlines from throughout the team’s history! With genuine newspaper articles taken from the New York Daily News, you can see how the team’s biggest events were reported on at the time. Content goes back as far as the franchise’s debut season in 1962 and guides you through to the present day, forming the perfect piece of New York Mets memorabilia for a true fan! Even more, you can personalize the book with any Name and Message to create a thoughtful gift for any occasion.

The New York Mets were immediately faced with losing records at the start of the franchise in 1962, making the first seven seasons a slow start. The 1969 season gave the team the nickname the “Miracle Mets” after winning 38 of their last 49 games to clinch the NL East Division. The Mets then went on to defeat the much-favored Atlanta Braves in the Championship series, and reigned victorious 4-1 against the Baltimore Orioles. Their second and latest World Series title emerged in 1986 after defeating the Red Sox 4-3, after being within one strike of losing the entire season in Game 6.

The 2000 and 2015 National League Championships, and the 2006 East Division wins, are also featured prominently, as well as 2012’s coverage of Johan Santana’s no-hitter against the St Louis Cardinals.

To see which legendary Mets moments are featured in this newspaper book, take a look at the contents.