Our Indianapolis Star archives are a fantastic place to start if you’re looking for an unusual gift to commemorate a special day, or if you’re simply interested in what the newspaper reported on a particular day. In our archive, we stock a wide range of original newspapers available from virtually any date, letting you find a back issue for a day memorable to you. 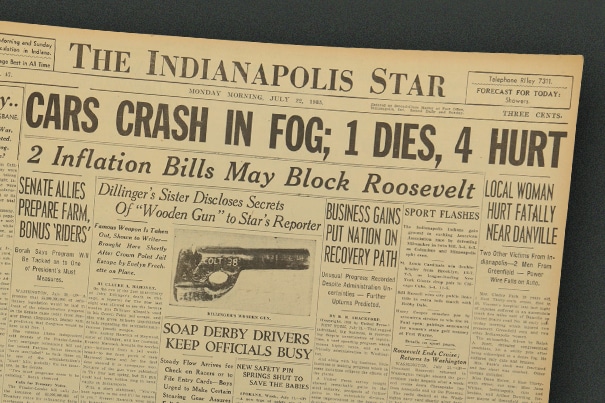 After the Indianapolis News ceased publication, the Indianapolis Star has become the only major daily paper in Indianapolis, Indiana. This morning newspaper began publishing in 1903 and has won the Pulitzer Prize for Investigative Reporting twice, in 1975 and in 1991. The broadsheet newspaper has an average daily circulation of around 93,612 and reports on a number of different topics, including national and world news, sports, and community content.