Do you have a special connection with the year 2006, or know someone involved in some of the reported news stories of that year? A 2006 newspaper could be the gift that you were searching for. At Historic Newspapers, we offer our customers the chance to explore the world’s largest newspaper archive, to search for the perfect gift to someone else or for yourself.

If you are looking for a way to learn about the year 2006, there is no better way than through a newspaper from an exact date in history. We offer a breakdown of the major 2006 events in the table below. If you are looking for a specific news headline, then please contact our expert team of researchers, who are here to help at research@historic-newspapers.com. 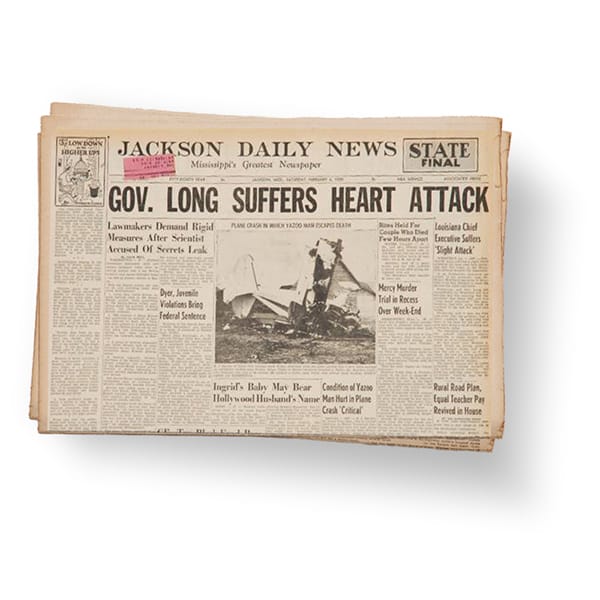 There were many interesting and newsworthy 2006 newspaper headlines, which shocked, saddened and excited the nation. The 2006 Winter Olympic Games were held in Italy in February, followed by the Commonwealth Games in Australia in March. Later in the year Germany hosted the FIFA World Cup which was eventually won by Italy in a penalty shoot-out against France in the final. Other major 2006 newspaper articles were written about the sentencing and execution of Saddam Hussein in the late months of 2006 by the Iraqi court, which was huge news that reached the far corners of the world.

To read about these incredible and memorable news headlines and about the many other headlines that were published within 2006 newspapers, explore our archive for the perfect date, and take a look at the wonderful gift packages we offer when ordering with Historic Newspapers. Delivered straight to your door, an original newspaper is the thoughtful and interesting gift you have been looking for.

March 16, 2006
The Blu-ray Disc format is released in the United States.

April 29, 2006
Massive anti-war demonstrations and a march down Broadway in New York City mark the third year of the war in Iraq.

June 9 – July 9, 2006
Germany holds the 2006 FIFA World Cup. The competition is eventually won by Italy, following a penalty shoot-out against France in the final.

August 10, 2006
London Metropolitan Police make twenty-one arrests in connection to a terrorist plot involving an airplane travelling from the United Kingdom to the United States. Liquids and gels are banned from hand luggage and airports are plunged into chaos due to lengthy security checks.

September 2, 2006
A Nimrod MR2 based at RAF Kinloss, Scotland, crashes in Kandahar Province, Afghanistan, due to a technical fault. All fourteen of the crew on board are killed.

September 12, 2006
Pope Benedict XVI gives a lecture in Germany; he quotes a criticism of the Islamic faith, sparking mass protests.

October 9, 2006
North Korea claims to have conducted its first ever nuclear test.

November 5, 2006
Saddam Hussein and two of his senior allies are sentenced to death by hanging after an Iraqi court finds them guilty of crimes against humanity.

December 26, 2006
Former President Gerald Ford dies at the age of 93 in California.