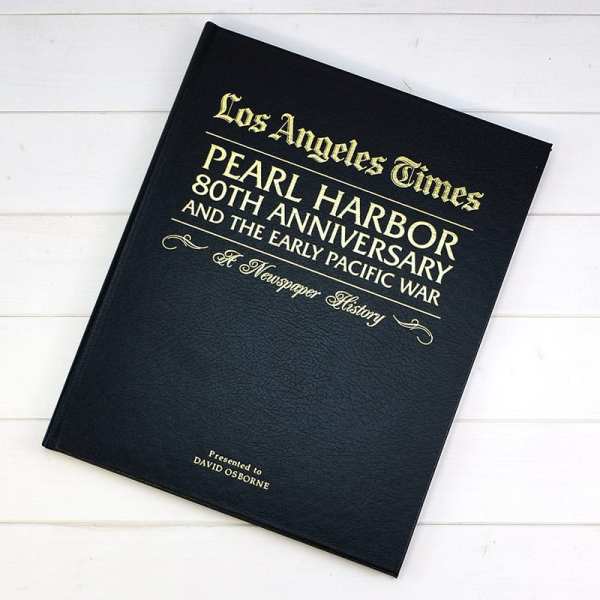 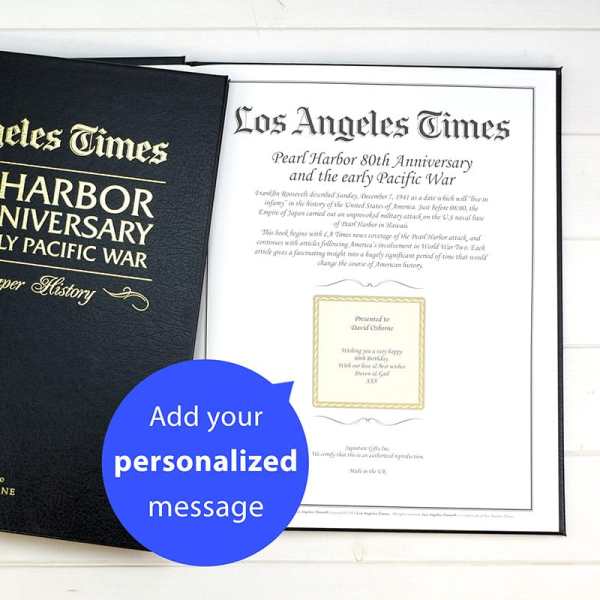 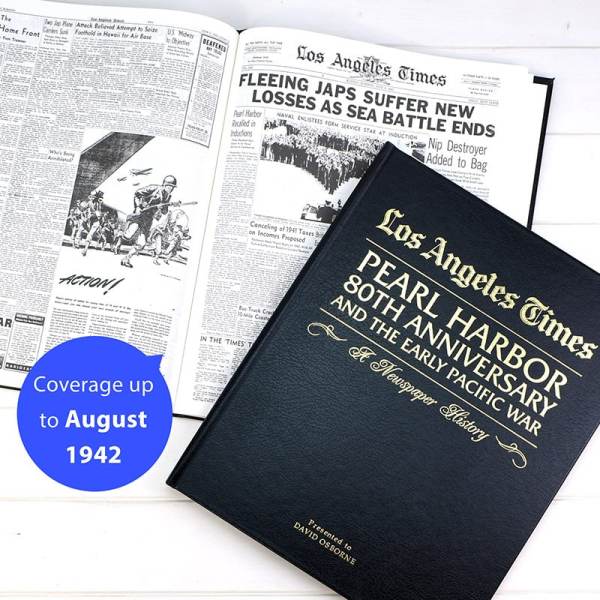 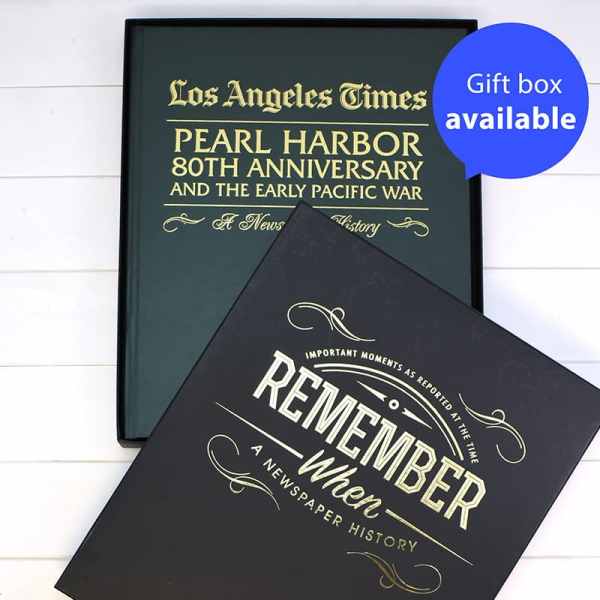 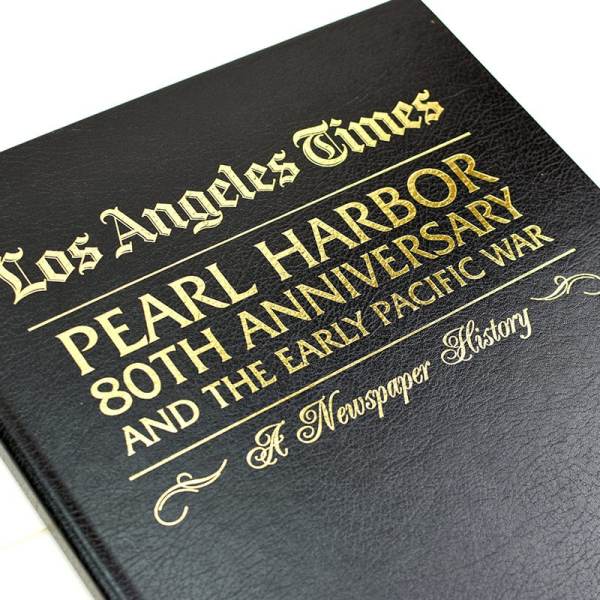 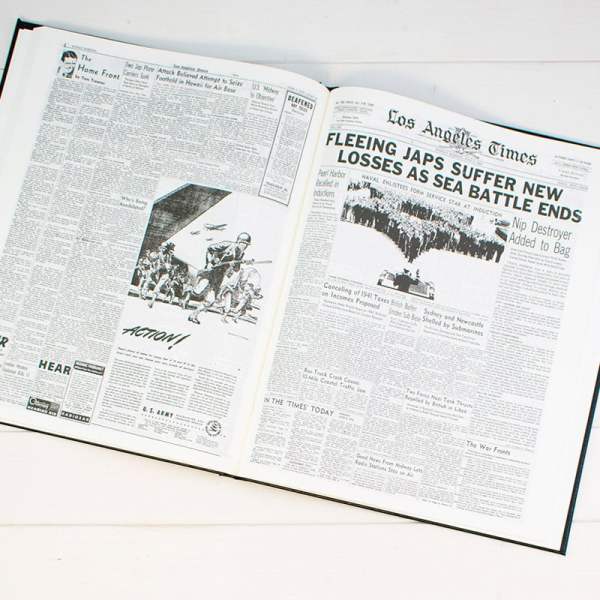 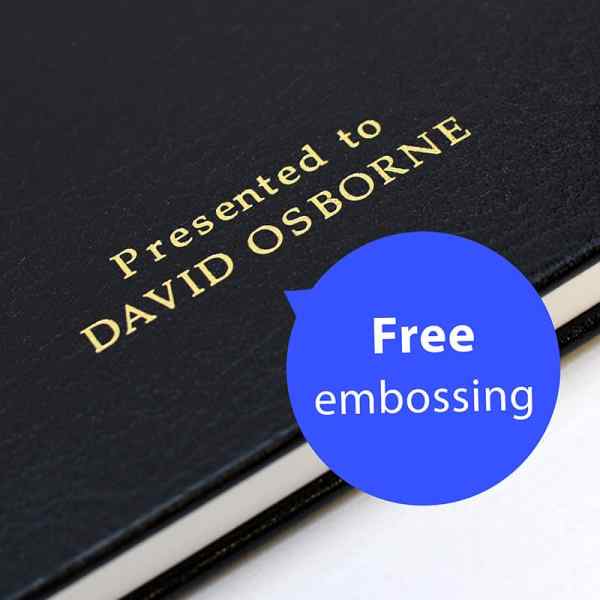 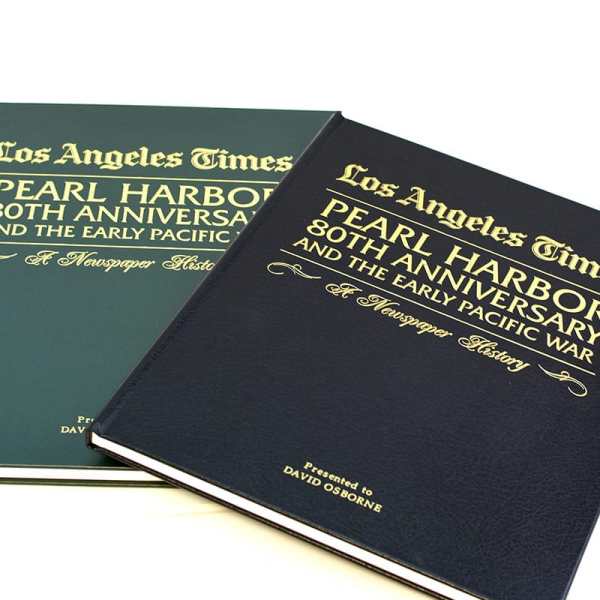 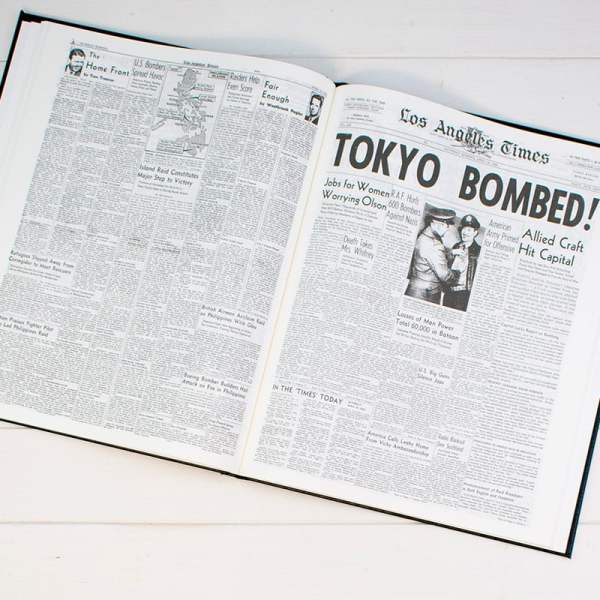 In one of the most significant events of the Second World War, the surprising attack on Pearl Harbor sent shockwaves around the world and launched the United States into the conflict after two years of neutrality. On December 7, 2021, it will be the 80th anniversary of the Pearl Harbor attack, the event that changed the nature of World War II.

To commemorate the 80th anniversary of Pearl Harbor, our newspaper book brings together fascinating newspaper content written at the time of the attack, showing how newspapers reported on the event just after it happened. Using genuine LA Times reports and high-quality pictorials, the book is the perfect gift for those interested in war history. You’ll be able to learn all about the event through the eyes of those who witnessed it unfold, providing an interesting perspective on the attack and how the press responded.

Your book is personalized with a Name and Message to make a treasured keepsake for the history lover in your life, especially since their name will appear gold embossed on the front cover.

You can personalize your Pearl Harbor book by adding any Name of 25 characters, appearing in gold embossing on the front cover and on the title page. The title page will also feature a special Message written by you of up to 150 characters.

Your book will come in either a green leatherette or black leather cover with your recipient’s name gold embossed on the front, and measures 12.5” x 15”.

Check your personalization: accents and other symbols cannot be used unless otherwise stated.