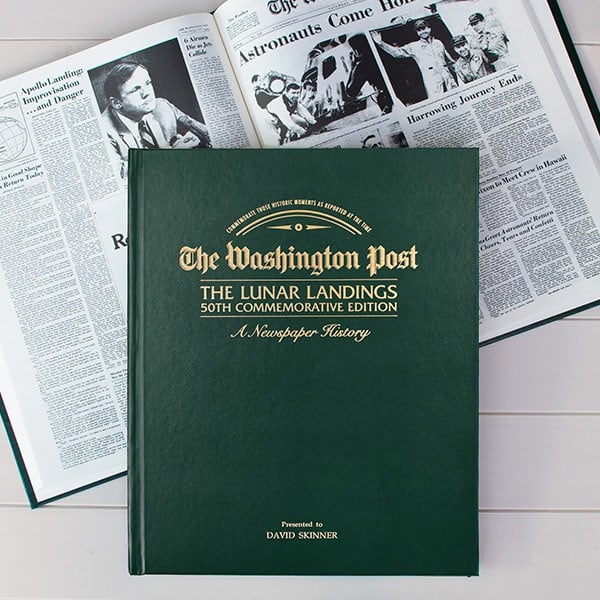 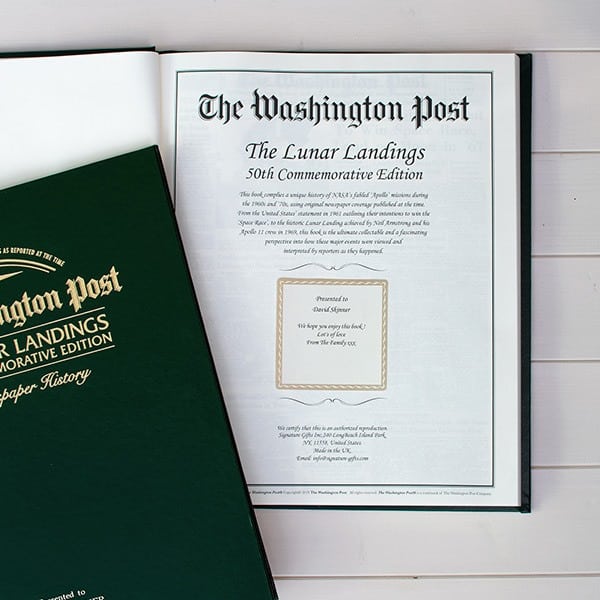 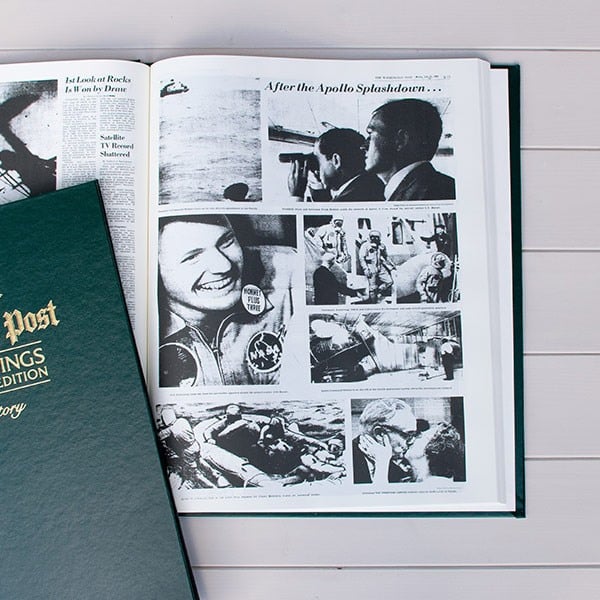 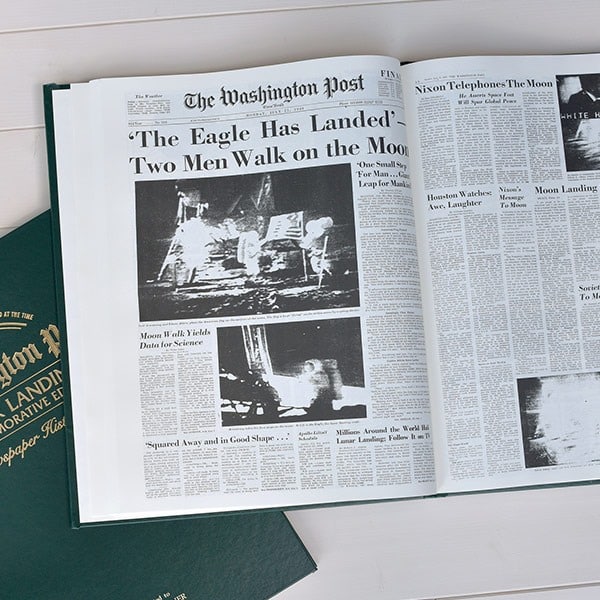 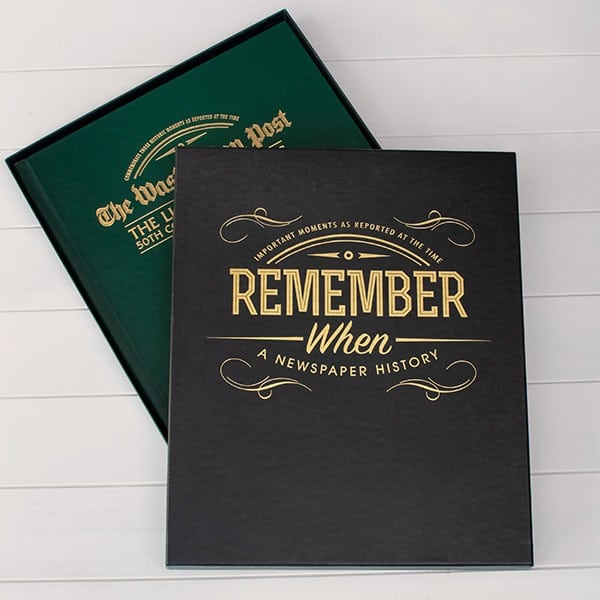 In 1969, the Apollo Lunar Module Eagle landed on the Moon. The moment was a worldwide phenomenon and resulted in abundant headlines detailing the events as they unfolded, minute by minute. 50 years on, the major headlines have been collated in this Man on the Moon book, so history can remember one of man’s greatest triumphs.

Created especially to commemorate 50 years since landing on the moon, this book includes a full replica of the 1969 moon landing newspaper, allowing the recipient to keep their copy of the momentous occasion as it was reported at the time. Using a rare original newspaper taken from this date in 1969, our archive experts comprised this complete replica of news from the day. Often people would give the moon to their loved ones, but this is the next best thing; especially once you add the recipient’s name and your message of love to them.

Now, in our exclusive newspaper book, extensive and detailed 1969 moon landing newspaper reports chronicle the minute by minute breakdown of the entire event. With coverage on the launch from the Saturn V rocket at Kennedy Space Center, articles cover Apollo 11, and details of how the event became the fifth crewed mission of NASA’s Apollo program. The Lunar Landings marked one of humanity’s greatest achievements of the 21st century and now this unrivaled collection brings individuals an eye-opening view of the past, in a personalized edition.

Personalizing Your Man on the Moon Newspaper Book

The recipient’s Name will be embossed on the cover.