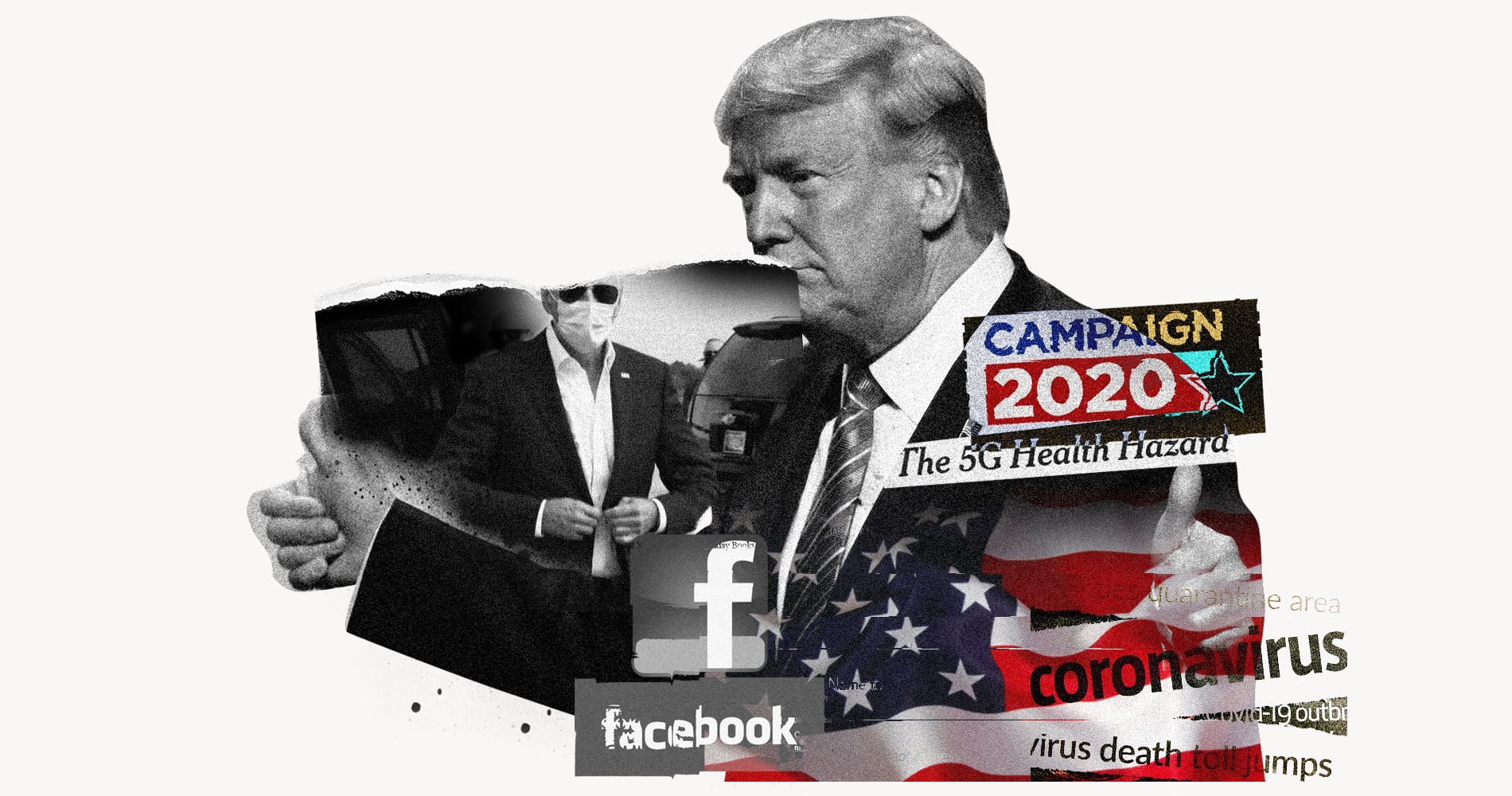 The Words Most Associated with FAKE NEWS

“Fake news” has been a cultural phenomenon for the past four years, and indeed long before Trump coined the phrase, but Historic Newspapers wanted to find out which topics were most commonly misreported in the media. There was no surprise to see “coronavirus” dominating fake news headlines in 2020, but what about other conspiracy theories such as those around 5G? And which company was more than twice as likely to be mentioned with “fake news” than any other? View the data below to find out.

How did we collect the data? We analyzed all online articles globally that referenced “fake news” in their headline via Google News, for every day from 11/24/19 to 09/30/20, and noted down the individual words of the titles of those headlines. Prepositions were excluded. Articles on studies to do with “fake news” were not included; we referenced only articles that reported on the debunking of fake news topics. View our raw data here for reference. 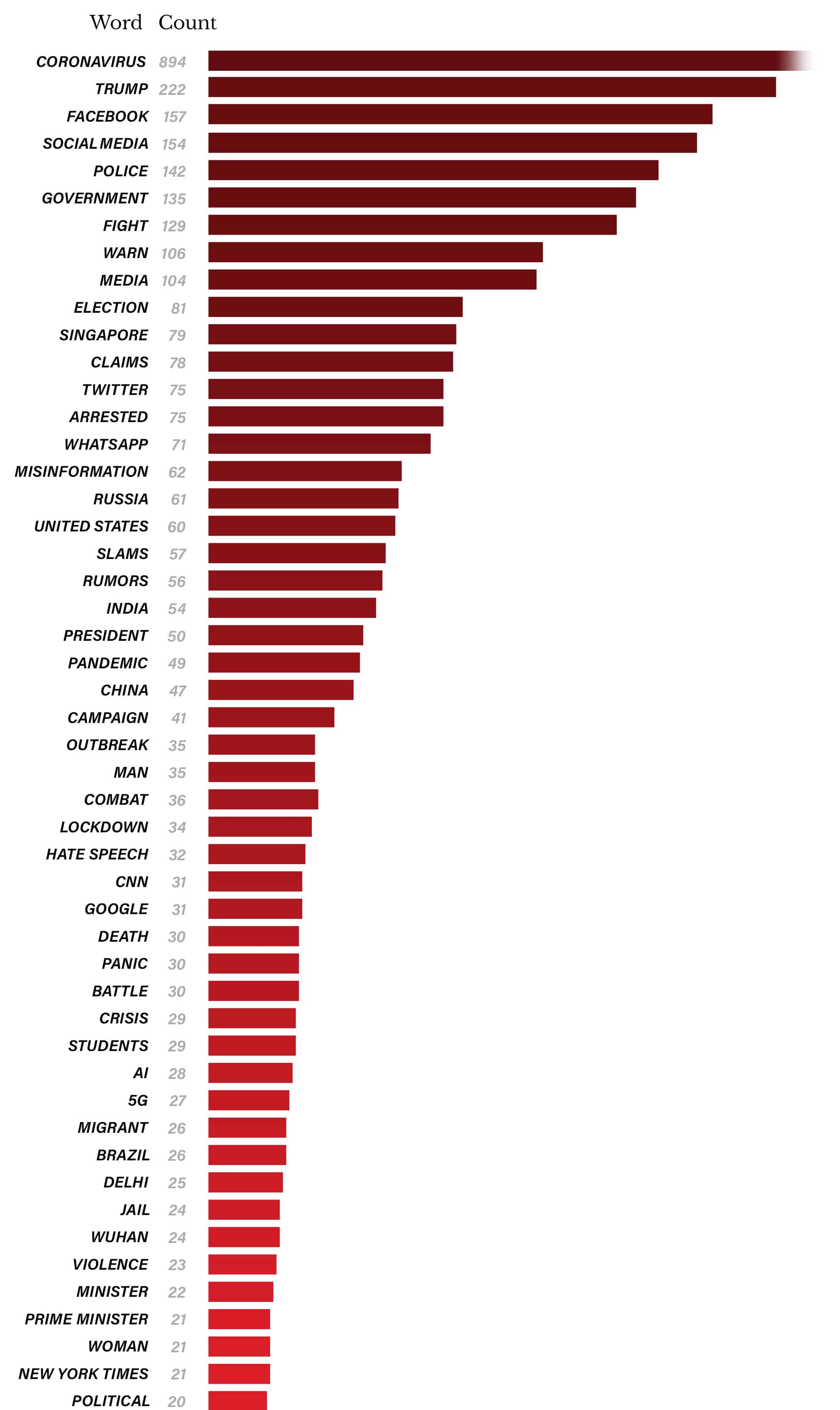