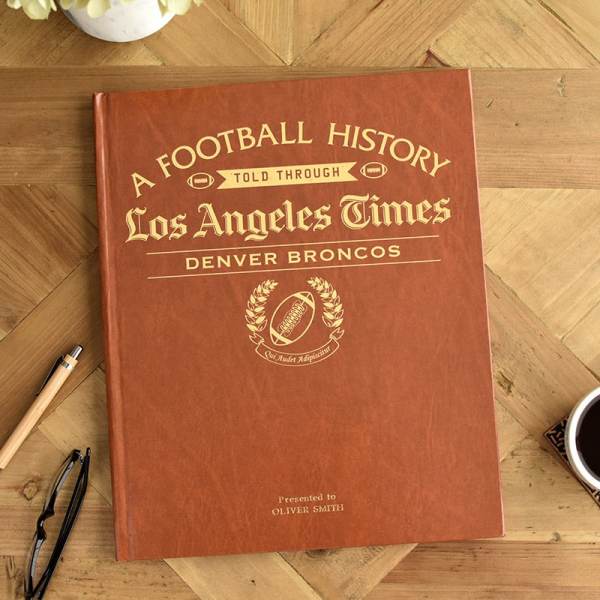 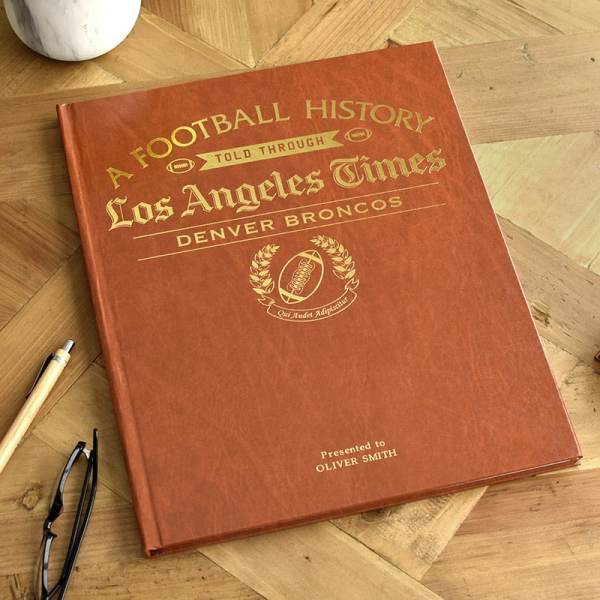 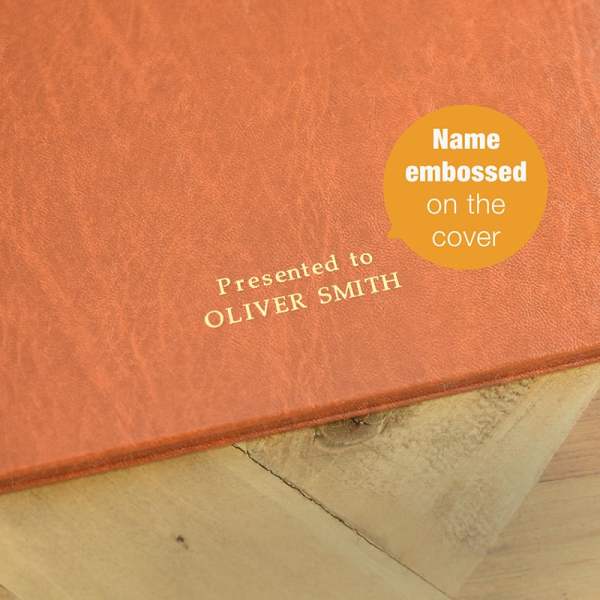 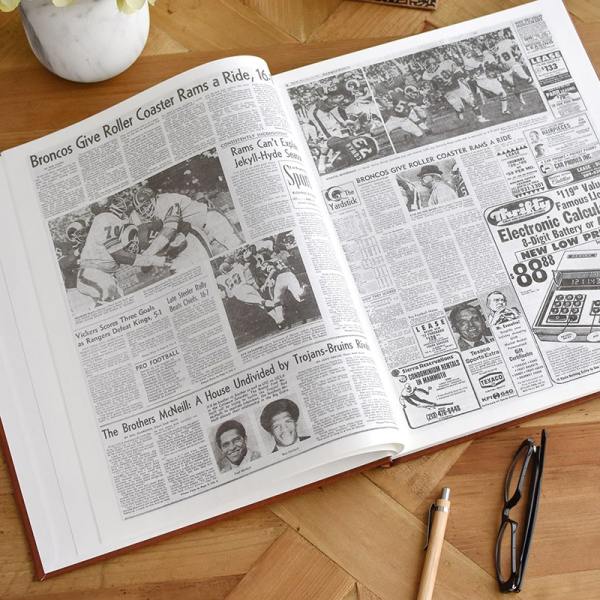 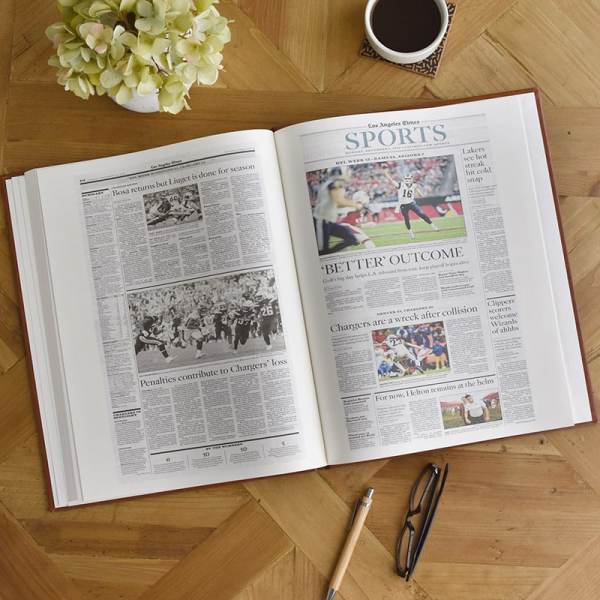 Wishing you could look back on the Broncos’ first AFC championship? Or maybe in 1997, when the team won the Super Bowl for the first time? You can relive all your favorite Broncos moments with this Denver Broncos history book! Featuring top LA Times newspaper headlines from the team’s debut season in 1960 to the present day.

In terms of the Denver Broncos’ football history, the 1986 AFC Championship game is most certainly one to remember. The team trailed the Cleveland Browns 20-13 late in the fourth quarter of the game, but this was followed by Broncos quarterback John Elway leading a 98-yard drive in just over five minutes that sent the game into overtime (now affectionately known as “The Drive”.) After this, the Broncos went on to win the game!

Unfortunately, they lost the succeeding Super Bowl game to the New York Giants, but still being led by Elway in the 1997 and 1998 seasons, they won back-to-back Super Bowls. 2015 saw the team win another World Championship, led by “The Sheriff” himself, Peyton Manning.

To see which of Bronco’s biggest moments are featured in this newspaper book, take a look at the contents.

How is your Denver Broncos Newspaper book personalized?