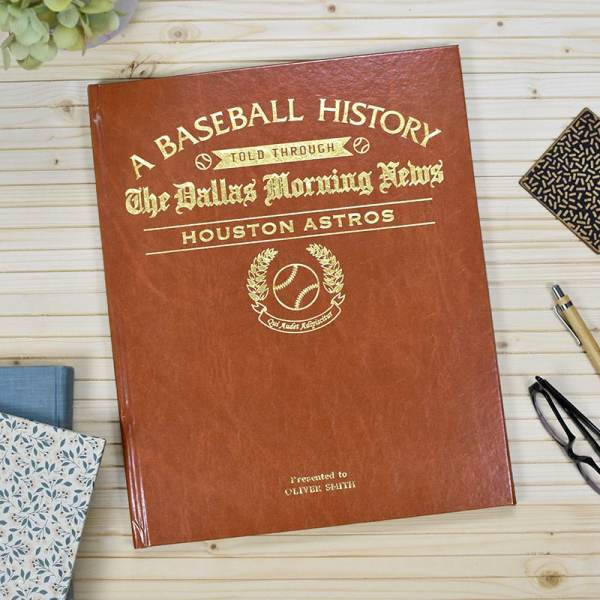 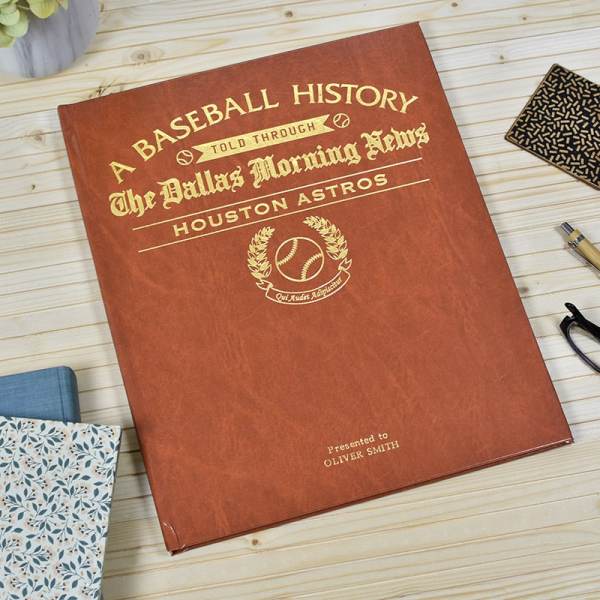 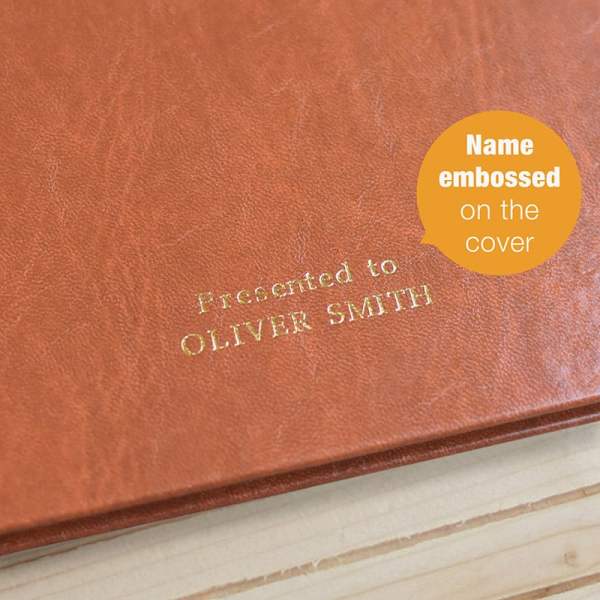 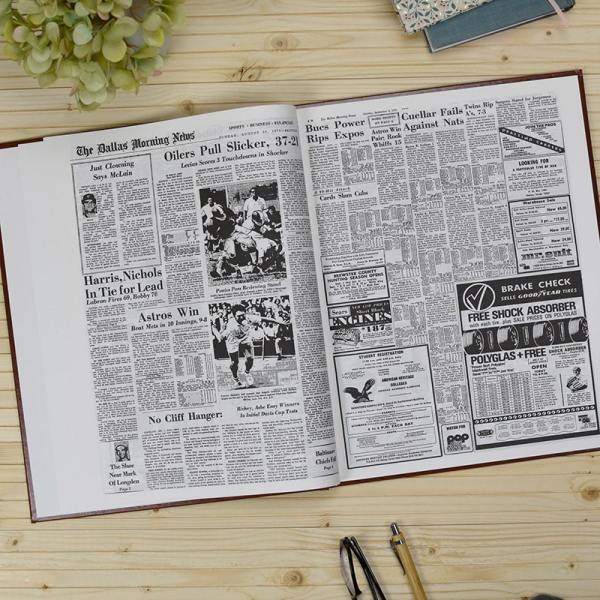 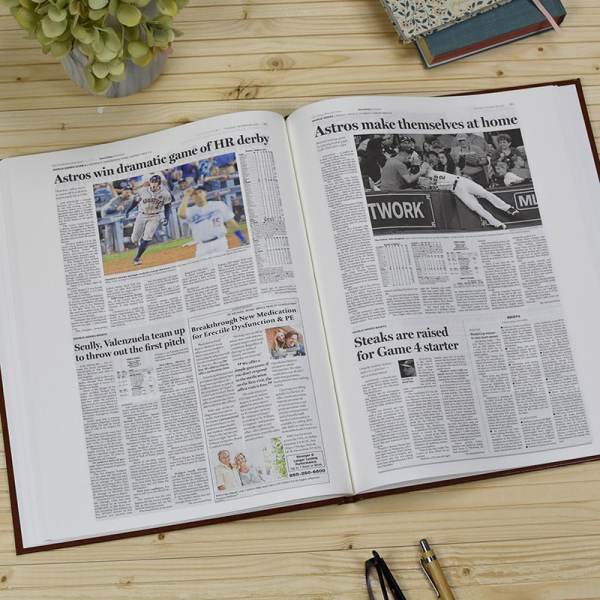 The 2022 season ended in victory for the Houston Astros winning the world series against the Philadelphia Phillies. Relive the moment they cinched the AL west title. Flick through the pages of history, including the thrilling 2022 season with our fascinating newspaper book, the perfect piece of Houston Astros memorabilia!

Delve into the Astros’ best moments in newspaper articles originally reported in the Dallas Morning News, reporting on their greatest games and star players! Coverage goes as far back as the franchise’s debut season in 1962, letting you relive all your favorite baseball moments.

The book begins with the Houston Astros officially announcing joining the NL in 1962. The team was initially founded as the Houston Colt .45s but was renamed the Houston Astros three years later after moving to the Astrodome. It would be over forty years later that the team would experience its first World Series! This happened in 2005 when they played the Chicago White Sox, known to be quite a controversial series since the MLB commissioner Bud Selig declared the games to be played with the stadium roof open. Many people thought this nulled the enthusiastic Astros fans as they cheered for their team, and Chicago won 4-0.

Twelve years later, after finishing a season with over 100 wins for just the second time in their history, they defeated the LA Dodgers 4-3, winning their first-ever World Series title.

To see which of Astro’s biggest moments are featured in this newspaper book, take a look at the contents.

How is your Houston Astros Newspaper book personalized?

These newspaper reproductions are created from the Dallas Morning News scan archive and in some instances, there will be blemishes and the reproduction quality may not be as clear or precise as copying directly from the actual paper itself.

This book was the perfect gift for my baseball loving boss!! He absolutely loved it!

This book was the perfect gift for my baseball loving boss!! He absolutely loved it!