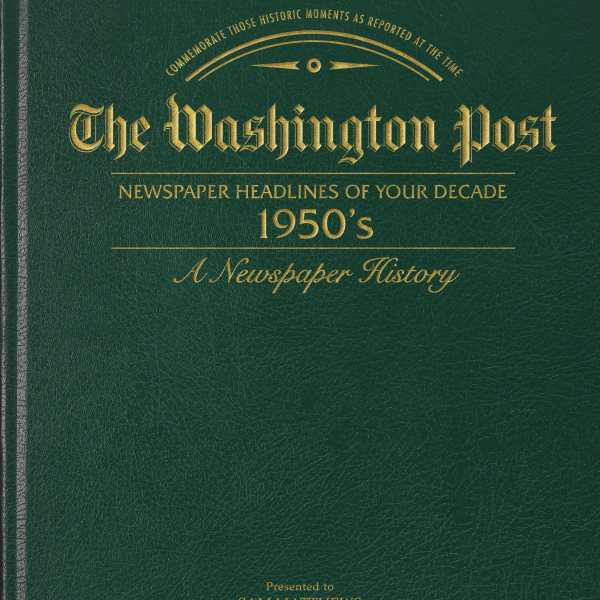 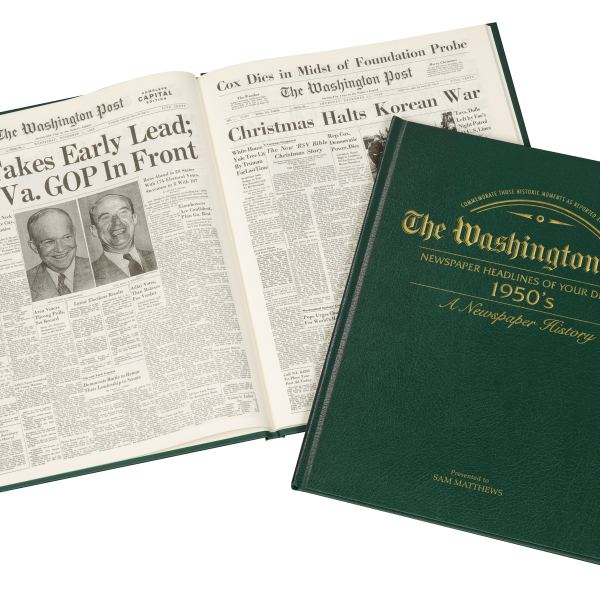 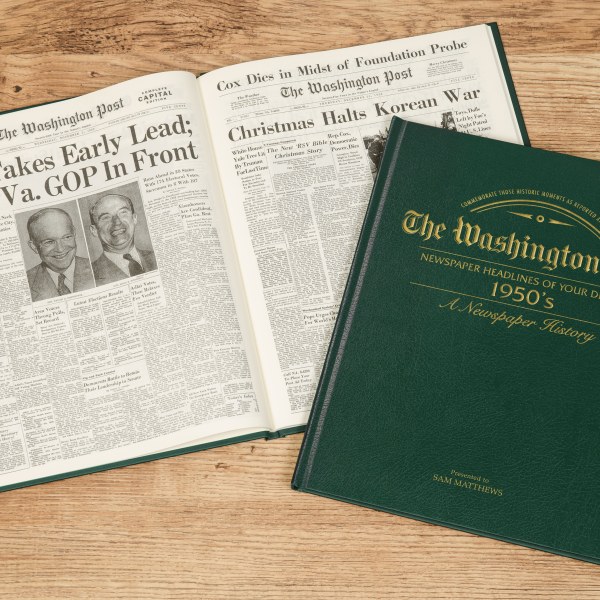 Take a trip down memory lane with this Newspaper Decade Headlines Book and discover the best headlines from the 1950s featured in the Washington Post. Each page is filled with front covers from the major events of your chosen decade.

After the end of World War Two in the previous decade, America found itself in another two conflicts in the 50s – the Cold War and the Korean War. The Korean War, also known as the “Forgotten War” began in 1950 and ended in 1953.

A major leader died in this decade, Josef Stalin, the leader of the Soviet Union died from a cerebral hemorrhage aged 74 in 1953.

In January of 1959, Alaska became the 49th State and in August of the same year, Hawaii became the 50th and final State.

One of the most important 1950s event was the beginning of Queen Elizabeth II’s reign, whose coronation was held on 2nd June 1953.

The Name you choose will also be embossed in gold on the front cover, making a perfect gift for a budding historian.

How is your 1950s Newspaper Headlines book personalized?