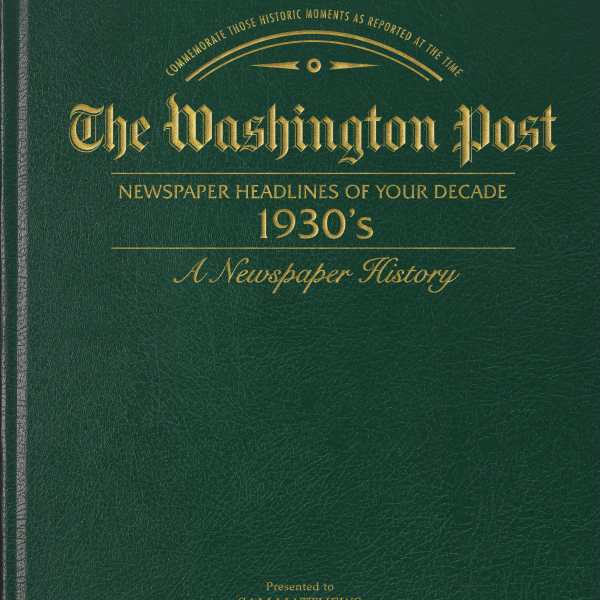 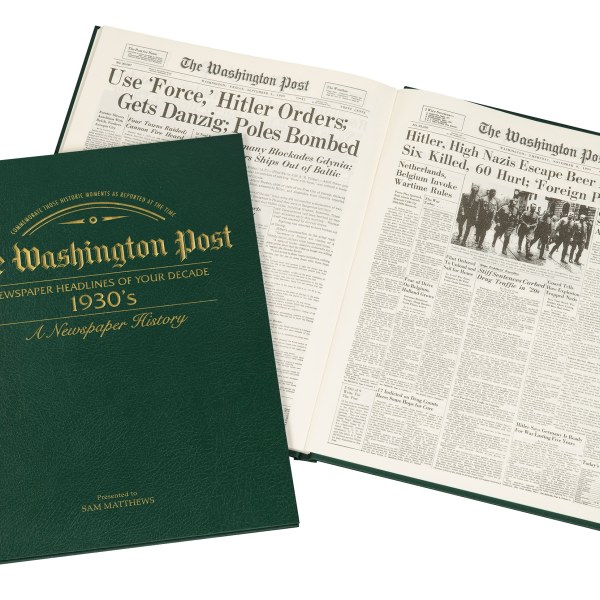 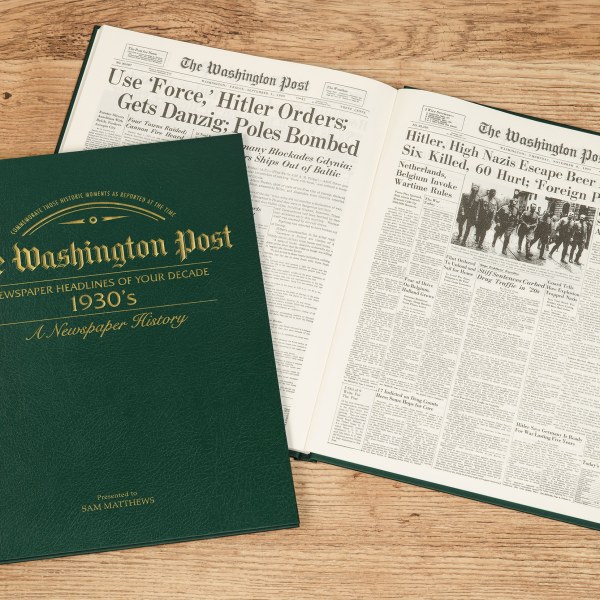 Take a trip down memory lane with this Newspaper Decade Headlines Book and discover the best headlines from the 1930s featured in the Washington Post. Each page is filled with front covers from the major events of your chosen decade.

Following on from the repercussions of the Wall Street Crash of 1929, Franklin D. Roosevelt was entrusted with bringing the nation back from the Great Depression. Elected in 1933, Roosevelt’s The New Deal programs brought reform to the entire financial system. However, at the end of the decade in 1939, the Second World War broke out due to Hitler’s Nuremberg Laws.

This decade was also known for two mysteries surrounding American pilots: The kidnapping of Charles Lindbergh’s son and murder and Amelia Earhart’s disappearance. Charles Lindbergh’s infant son was kidnapped and murdered in the “Crime of the Century”. Amelia Earhart, who was the first female to complete the transatlantic flight, disappeared over the Pacific Ocean, never to be seen again.

Personalize Your Washington Post 30s Decade Book by adding any Name and special Message to make a perfect gift for any budding historian.

Add any Name and Message to your Headlines Book to be printed on the title page.

A total number of 102 pages, featuring 90 stories and 2 cover pages.